Last week, on Friday went to Bintulu for a friend’s wedding. My AirAsia flight to Bintulu was at 7.30am, 17th December, and thought want to catch SkyBus to LCCT @ 4.45am, 1Utama since it’s nearer to my house. I have done an email enquiry about the ticket purchase and re-confirm whether there’s bus @ 4.45am as stated in the SkyBus website. 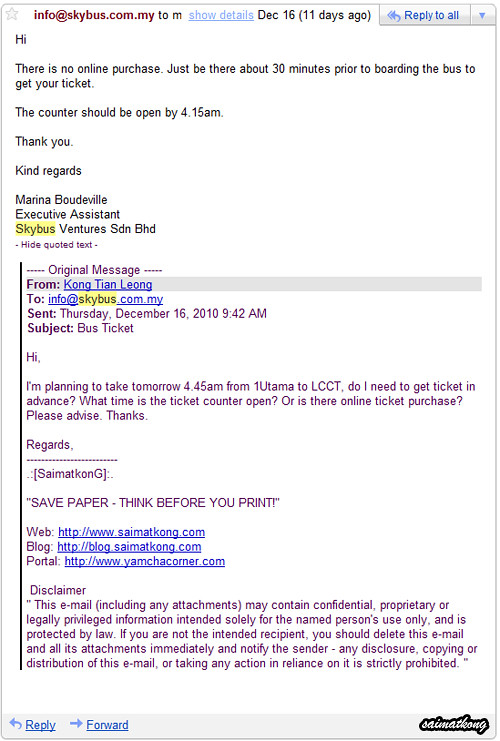 The reason I email them is because I scare if there’s some changes on the schedule or something just to make myself more confident so that I will not miss my flight. 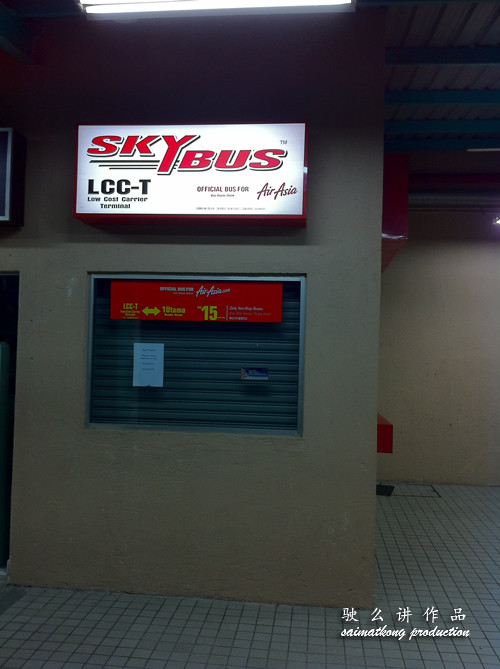 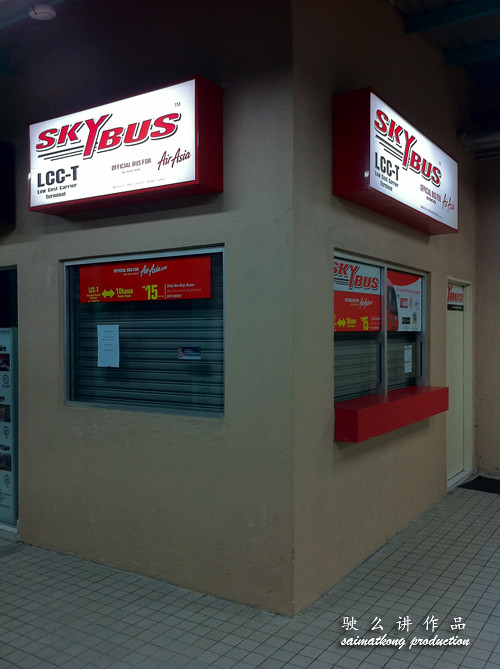 To my horror, I waited at 1Utama SkyBus Ticket Counter from 4.15am till 5.10am but there’s no sign of bus coming nor there’s any one at the ticket booth, it’s not even open! 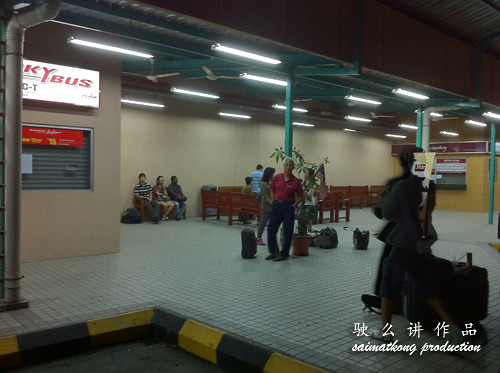 There’s a number of people waiting for the SkyBus to LCCT too. Most of us was already impatient as we got to catch our flight if any delay we might miss flight! 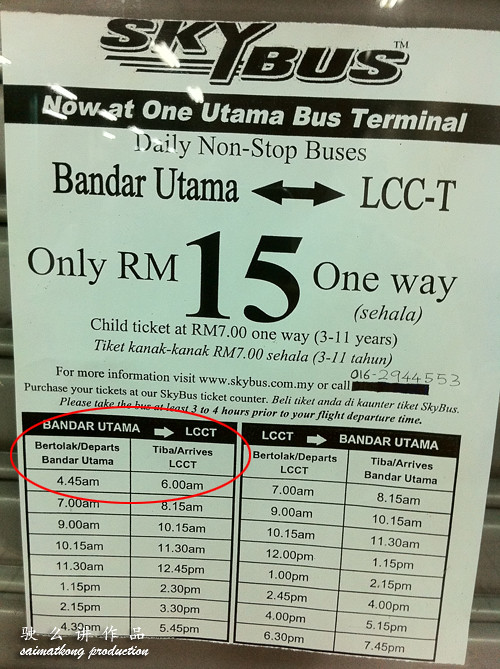 Finally a guy who in charged the ticket counter told us that the bus was broke down when we questioned him why there’s no bus??? No choice but I have to share taxi with 2 other guys who’s also heading to LCCT, one of them is the pilot and another one is AirAsia crew.

As this is service oriented business, at least the service must up to the standard and if there’s any delay or bus break down do ensure there’s some notice or at least someone there to inform us then we could make other plan instead. I’m very disappointed with that because that was my 1st experience with SkyBus @ 1Utama. Some of us missed our flight because of that and all our schedule was not in plan anymore.

Will not take the SkyBus anymore as I don’t want to screw up my travel again!

Update from Chris, CEO of SkyBus

He had apologized on behalf and it’s good that they take it seriously and called me personally and offered me free skybus ticket. I will give it another chance. Hope the company will keep it promise and do not disappoint others that use skybus!