It’s the time again! Petrol and Sugar price increased again! So other thing will follow to shoot up the price except our salary, how to survive like that?? =(

RON 97 will no longer be subsidised. It will be subjected to a managed float, where the price will be determined by the automatic pricing mechanism. The question is, petrol price increase other price follow but when the petrol price decrease or reduce, the other price will not go down and it will not float but only up! That’s the worst case! 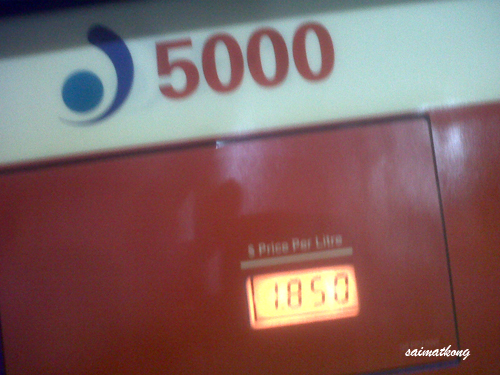 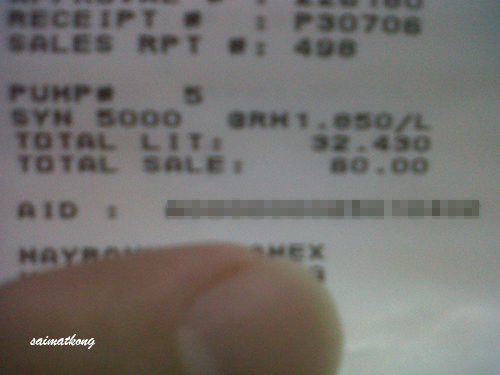 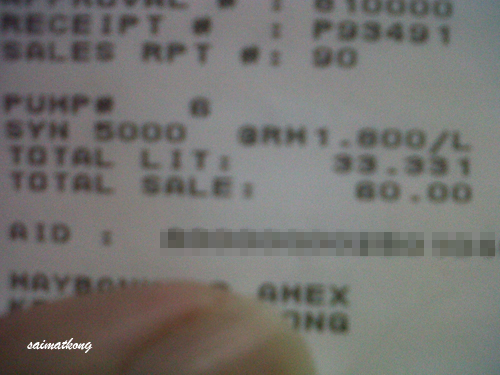 So you will only rugi 1.2 liters which will translate to RM2.22! Wow. How much will you rugi? So I cannot have my nasi lemak + teh tarik for breakfast anymore… =(

Prices of sugar, petrol, LPG, diesel to go up Friday

KUALA LUMPUR: From Friday, the subsidies for sugar, petrol, liquefied petroleum gas and diesel will be cut as part of the gradual subsidy rationalisation programme, according to a statement from the Prime Minister’s office on Thursday.

RON 97 will no longer be subsidised. It will be subjected to a managed float, where the price will be determined by the automatic pricing mechanism, the statement said.

The details of these changes are now available on the PMO and PEMANDU websites, at: www.pmo.gov.my and www.pemandu.gov.my.

On May 27, Minister in the Prime Minister’s Department Datuk Seri Idris Jala had said that Malaysia would be bankrupt by 2019 if it did not cut subsidies and rein in borrowings.

Meanwhile, In ALOR SETAR, Prime Minister Datuk Seri Najib Tun Razak said that when implementing the subsidy rationalisation plan, the Government would seek not to burden the people.

He said the rationalisation move was necessary to reduce Government expenditure and strengthen the financial position of the country.

“It will help reduce the fiscal deficit so that world and local markets will have more confidence in the national economy,” he told newsmen after opening the Kuala Kedah Umno division meeting here on Thursday.

He added that the Government was reviewing all types of subsidies.

The full press statement from the Prime Minister’s office is below:

1. To help Malaysia maintain the strong growth it has achieved, the Government has implemented difficult but long-needed economic reforms that will help Malaysia become a developed and high-income nation. In this regard, the Government has begun a planned and fair reform of a subsidy regime that for too long has been ineffective in helping those who need it most and, over time, has become a barrier to Malaysia’s progress.

2. The Government has made bold economic decisions over the past two years. Two stimulus packages were introduced, promoting growth, even as the global financial crisis spread. Important sectors of our economy further liberalised were opened to new investment.

The Government cut spending by RM24 billion, by reducing waste and inefficiency. As a result, the country’s economy has been reinvigorated, with 10.1% growth in the first quarter of 2010, Malaysia’s best performance in a decade. Although there is still instability in the global economy, Malaysia is well positioned for the future – not by chance, but by the choices we have made together.

3. As set out by the Prime Minister when he announced the 10th Malaysia Plan, Malaysia’s national goals cannot be achieved by simply managing through a crisis. Malaysia’s ambition is to be a high-income nation, with opportunity for all.

However, growth alone will not allow us to meet our goals. As the Government has consistently said over recent months, we must also implement subsidy reforms that will remove distortions in the marketplace and enable us to better target our resources on those most in need, and on investments that will provide lasting benefits for Malaysians.

5. With these priorities in mind, the Cabinet has decided that, effective 16 July 2010, subsidies for fuel, specifically petrol, diesel and liquefied petroleum gas (LPG), as well as sugar, will be reduced as the first step of a gradual subsidy rationalisation programme.

Subsidies for RON 95 and diesel will be reduced by 5 sen per liter. LPG will be reduced by 10 sen per kilogram. RON 97 will no longer be subsidised. It will be subjected to a managed float, where the price will be determined by the automatic pricing mechanism. For sugar, the upward price adjustment will be 25 sen per kilogram. The details of these changes are now available on the PMO and PEMANDU websites, at: www.pmo.gov.my and www.pemandu.gov.my

6. These minimal changes will help Malaysia achieve a position of fiscal responsibility and put us on a path toward reducing our deficit. To meet these objectives, we have chosen to make adjustments to our subsidies. Even after these changes, the Government will still spend an estimated RM 7.82 billion on fuel and sugar subsidies in 2010. The prices of fuel and sugar in Malaysia will still be among the lowest in the region.

7. This subsidy rationalisation will, according to estimates, allow Malaysia to reduce Government expenditure by more than RM 750 million in 2010.

a. First, these subsidies also benefit foreigners and wealthier Malaysians, who can well afford to pay unsubsidised prices. Our focus should be on helping the family sharing a motorcycle or Kancil to get to work and school, but instead our spending on subsidies has provided the same benefits to those driving imported luxury cars.

The sugar subsidy disproportionately benefits industries, not families. Businesses have been using almost twice as much subsidised sugar as Malaysian households.

b. Second, highly subsidised prices often lead to illegal smuggling of these goods. Because subsidies make these products the cheapest in the region, in 2009 alone smugglers were caught heading out of Malaysia with more than 200 metric tonnes of sugar to be sold across borders.

Also, subsidised diesel continues to go to the black market or across our borders, instead of to those we meant to assist. Law enforcement have been doing their best to prevent smuggling, with 109 sugar related arrests last year. This is the tip of the iceberg. As long as there are big price differences, smuggling will continue. And:

c. Third, unless we reduce our consumption of fuel and sugar, we face potentially serious consequences as a nation. We are quickly depleting our domestic fuel resources. It is vital that we rationalise our fuel use – as well as develop new energy technologies – as a matter of economic, energy and national security.

In this regard, we have implemented a number of policies to protect the environment. We must also reduce our sugar consumption. 40 percent of Malaysians are now either overweight or obese.

Incidents of diabetes are rising quickly. Statistics show that the percentage of Malaysians with diabetes now exceeds that in the United States. We must, as a matter of urgency, take every step available to tackle what is clearly a public health issue for our nation. Reducing sugar consumption, among our children in particular, is a step in the right direction.

9. These are among the reasons why the Government has chosen to focus on sugar and fuel subsidies. Subsidies for education and health care will continue. These are areas of importance for our economy and our society where the Government should be investing.

These include, providing support to develop skills, training the knowledge based workforce of the future and improving the well-being of the nation.

10. The Government arrived at this decision following robust consultations with the people. Thousands of Malaysians participated in the policy labs, Open Day and an unprecedented public feedback process.

As with subsidy reform, the budget, the Government Transformation Program and now the National Key Economic Areas, the Government has made a determined effort to engage the public, listen and learn, and then act in the best interest of the nation.

11. These measures are designed to have a minimal impact on individual families, but long-term benefits for the nation. The reduction in expenditure from these reforms will allow us to better use resources for families, communities and business growth.

Measures such as the 1Malaysia clinics, the 1Malaysia mobile clinics, as well as the scholarships for all 9A+ and deserving students, specifically those who have done well, but come from lower income families, are made possible by such reforms.

Similarly, by reducing expenditure on subsidies we will be able to continue strengthening such initiatives as the price standardisation project, which seeks to harmonise prices of essential goods between urban and rural areas in Sabah and Sarawak.

12. The Government has made a difficult, but bold decision. By choosing to implement these modest subsidy reforms, we have taken a crucial step in the right direction towards meeting our commitment to reduce the fiscal deficit, without overburdening the Malaysian people.

These measures are a demonstration of our fiscal responsibility. They will enhance Malaysia’s financial stability, while also protecting the Rakyat.