Yes, I love our young Malaysian under 23 team! They are damn strong! Malaysia Boleh! Even we lost 0-1 to Chelsea, the young team is still very awesome! =)

Didier Drogba scored the only goal at 79th minute through a curling free kick shot. The goal was controversial where Malaysian claims that the ball did not go over the goal line, and replay might prove they are right. I was disappointed when it was declared as a goal! 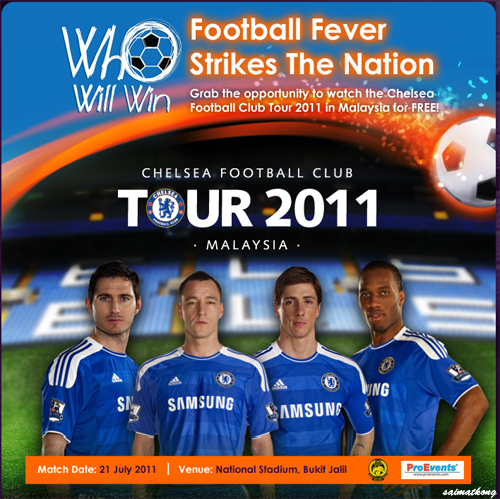 Substitute goalkeeper Izham Tarmizi was unfortunate to have the ball hit him in the back after coming off the post from Didier Drogba’s free-kick and there was much doubt that the ball had even crossed the line. If you watch the reply, the ball still in the air and was grabbed by the keeper, should it be counted as a goal??!? It’s quite dubious but the linesman flagged it and we have to accept the result.

Replay of the Chelsea vs Malaysia Golden Goal!

However, this is just a friendly and Malaysian should be proud of their game against EPL giant. This match unlucky loss provided some consolation for Malaysian football after the 4-0 and 6-3 thrashing by Arsenal and Liverpool respectively over the last 10 days.

Malaysian football coach Ong Kim Swee was a happy man. This match will serve as a good experience for Malaysia Under-23 boys before they play in the third round of the 2012 Olympics qualifier.

That “goal” in the 79th minute was Chelsea’s only saving grace on a night of high disappointment for some of their top players, having came earlier with high hopes of racking up a huge score. 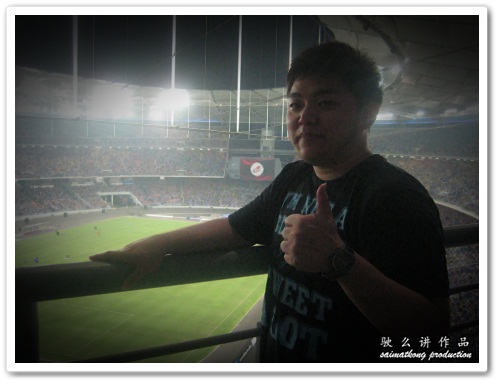 I must say that our Malaysia goalkeeper Farizal Marlias is a good and steady keeper and equipped with skills. Kepp it up and one day Malaysia able to compete in World Cup hopefully!

After the match the crowd and human flow really bad and mess! Check out the captured moments!

Thanks Samsung for the awesome experience of the Malaysia vs Chelsea match!