Home » Blog » Anything or Whatever drink?

Anything or Whatever drink?

Have you got friends who care less on what they drink?

Every time you ask them what would they want to drink during your meet up sessions and they would say, “Cincai la”, “Anything” or “Whatever”?

Don’t bother deciding what to give them and just give them what they asked for; Anything or Whatever!

“Anything” is carbonated and is made in six flavours: Cola, Cola with Lemon, Apple, Fizz Up, Cloudy Lemon and Root Beer.

These delicious beverages are so unique in packaging that you’ll have no idea what flavour you are having when you buy one! You’ll only know what you’re having till you are drinking it! That’s the most thrilling part and reward for people who like surprises in life and those who usually have problem picking any particular drink to have.

If you are in for the thrill of drinking Anything or Whatever, they are now available in Jusco and 7-Eleven all across Peninsular Malaysia. I just tried Whatever and what I got was Ice Lemon Tea, LOL =p 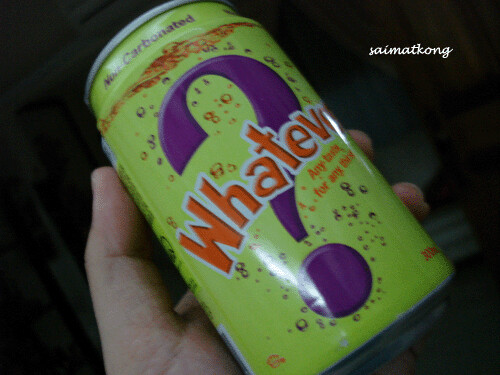 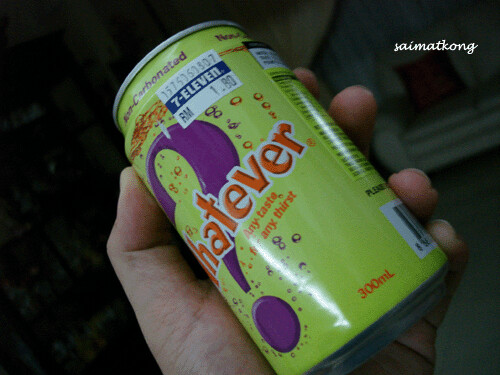 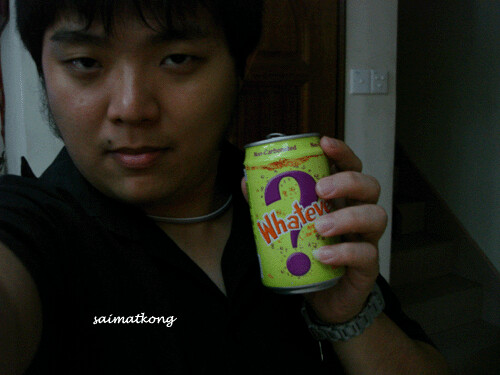