So who say Japanese car is so great after all? Haha… See they are affected too. So it’s nothing wrong with brand or the origin of the country of the car makers! 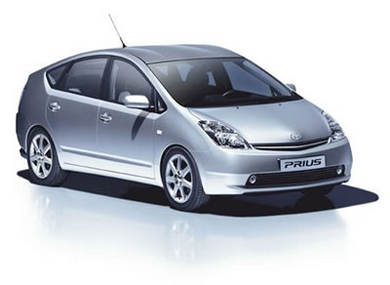 More than 60 units Prius owners in Malaysia are involved

SHAH ALAM – Toyota Motor Corporation, Japan has announced on 9 February 2010, they will conduct a recall campaign related to the software program that controls the antilock braking system (ABS) in the Toyota Prius. TMC has undertaken a recall campaign in the interest of ensuring customers’ confidence and peace of mind. The corrective ABS software programming will resolve the problem.

UMW Toyota Motor, the exclusive distributor of Toyota vehicles in Malaysia would like to announce that it would initiate a special service campaign to address the brake issue of Prius.

Mr. Kuah Kock Heng, President of UMW Toyota Motor said, “To date there are over 60 units of the third generation Toyota Prius sold by the company since it was launched in October 2009.”

He also said, “At this moment our technicians are being trained to carry out the necessary corrective measures.”

“UMW Toyota Motor will contact our Prius owners regarding the special service campaign that will be available starting from Friday, 12 February 2010. Owners of the Prius will be given first priority,” he added.

Mr Kuah continued to say, “For customers who have booked their Prius or are interested to purchase a Prius, we would like to assure you that all Prius models will go through the corrective measures before delivery.”

“We would like to apologize to our customers for the inconvenience caused by this predicament,” he concluded.

Our principal, Toyota Motor Corporation has released a media statement dated 1st February 2010, that they have found a remedy for the accelerator pedal recall issue.

This is because the accelerator pedal components of the affected models used in the US markets are different from the Toyota and Lexus models sold in Malaysia by UMW Toyota Motor.

We would like to advise the public and the Toyota and Lexus customers in Malaysia that there is no cause for concern on this matter.

TMS also released a follow-up media statement on 26 January 2010, regarding the suspension of sales of their selected models.

We would like to advise that there is no cause for concern on this matter.