There’s no Apple iPhone 5, it’s Apple iPhone 4S that was announced. The Apple’s new iPhone 4S is just like iPhone 4 exterior design loaded with a new brain and more memory. It’s kinda disappointment for all the Apple fans or followers that expecting the announcement of Apple iPhone 5. 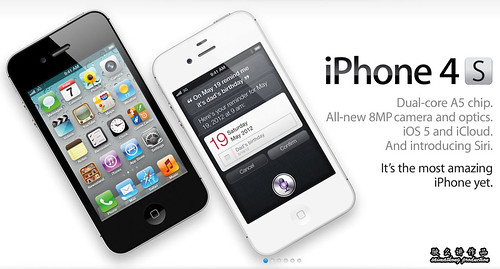 Newly minted CEO Tim Cook ably helmed his first major product launch without former boss Steve Jobs, but failed to ignite the sort of excitement and buzz that the charismatic Apple co-founder once did.

Investors and fans, looking to be blown away by some amazing surprise, sent the shares down as much as 5 percent before they recovered with the market to close down 0.6 percent.

Apple iPhone 4S will run your apps faster in dual-core A5 processors alongside a new dual-core GPU that supposedly boosts graphics performance by up to 7x and Apple’s new iOS5‘s Assistant, an artificial intelligence program that listens and interprets your orders, and a better 8 Mega Pixel camera.

Up front is the same 3.5-inch Retina display as iPhone 4, and around back is a glass plate. Those antennae around the sides (which caused many users so much trouble) have been revamped and iOS will intelligently switch between two different sets on the fly to avoid dropping calls no matter how you hold it.

Those antennae are connected to a dual-mode GSM and CDMA radio that will let Apple’s handset roam the globe while enjoying either 14.4Mbps HSPA+ or EV-DO Rev. A an improvement over the iPhone 4’s 7.2 Mpbs. 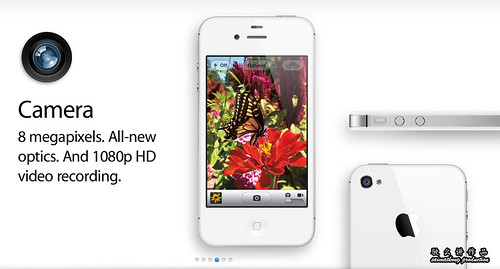 The 8-megapixel camera come with a backside illuminated CMOS sensor for better low-light performance. The lens now comes packed in a new 5-element assembly with a hybrid IR filter and sports apertures down to f/2.4. The improved visuals extend to video performance as well.

The iPhone 4S can record 1080p video and has a new image signal processor for image stabilization and facial recognition, making the handset’s camera comparable to many point-and-shoots. The camera is also quite a bit faster than many other smartphone shooters, needing only 1.1 seconds before being ready to take the first shot and only half a second between successive images. 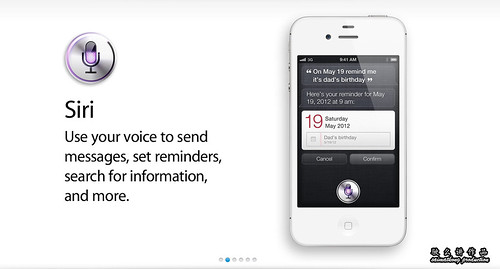 Siri on iPhone 4S lets you use your voice to send messages, set reminders, place phone calls, and more.

Just tap the mic on the keyboard (just like on Android!) and start talking to enter text, check the weather, get directions or perform web searches.

You ask Siri a question example “Do I need a raincoat today?” Siri will try and make sense of it and responds “It sure looks like rain today.” Other examples include “What is the time in Kuala Lumpur ?” Siri will then show you the world clock. Yes it comes with iOS 5, but only 4S users will be able to enjoy it. 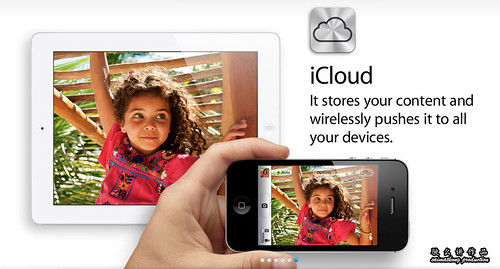 iCloud stores your music, photos, documents, and more and wirelessly 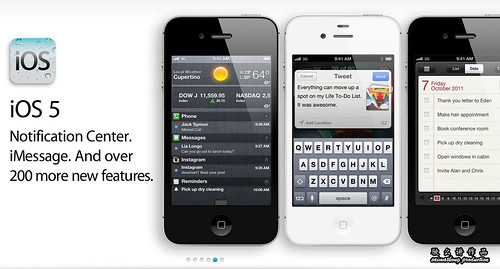 As far as battery life, you’re looking at 8 hours of talk over 3G, and 14 hours of 2G, while web browsing over 3G cuts off at 6 hours. Using WiFi you’ll get a respectable 9 hours of web, video playback tops out at 10 hours and music at 40 hours.

It’s yet to update from all the major telco – Maxis, Celcom, Digi. Will update once the pricing is available but it should be similar to the iPhone 4 price!

The iPhone 4S pre-order starting this friday, October 7th, and it’ll start shipping on October 14th in the US, Canada, Australia, UK, France, Germany, and Japan. Oh, and Apple is welcoming Sprint to the family here in the States, while Vodafone, O2, Orange, T-Mobile and Three will all be carrying it in the UK.

On October 28th, 22 more countries will get it, Singapore is one of them. Presumably, Malaysia is targeted for the end of the year release.

So in conclusion it’s the same old iPhone 4 design, same screen size, it’s not any thinner or lighter, and there’s no resolution boost. No true 4G or LTE either. It’s only Camera and processor upgrade! Do you want to be locked down in a contract extension without awesome features that are standard on a lot of rival devices?

Think before you decide to upgrade to this iPhone 4S! I’m still waiting for my iPhone 5!