Lee Chong Wei, 26-year-old Penangite, now stands to pocket at least RM300,000 as an incentive from the Govvernment. Wow RM 300,000.00! That’s a lot. If he win the gold medal, he will be millionaire! RM1,000,000.00 Wow! RM1Mil is not easy to get. Lee Chong Wei become instant millionaire! I think I work for whole life till 60 years old still cannot get this amount! Everyone in Malaysia is talking about it, get motivated LCW, go for the RM1m.

Steady Lee Chong Wei, for sure you will beat China. (either Lin Dan or Chen Jin depending on the result later) Watch live score and result of Lin Dan vs Chen Jin then we will know who’s going to play off in the final. 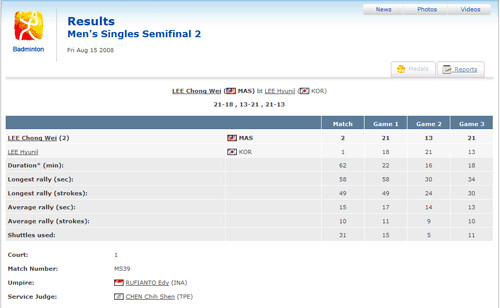 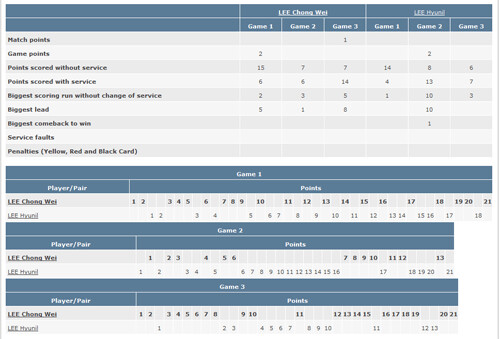 BEIJING: Lee Chong Wei has secured at least a silver medal for Malaysia in the Beijing Olympics.

The national one shuttler and second seed for the men’s singles event for the Beijing Olympics defeated South Korean Lee Hyun-il 21-18, 13-21, 21-13 in the semi-finals Friday at the Beijing University of Technology Gymnasium Friday.

By booking his place in the final, which will be played on Sunday, the 26-year-old Penangite now stands to pocket at least RM300,000 as an incentive from the Govvernment.

If he goes on and manages to win Malaysia’s first ever Olympic gold, Chong Wei will pocket a whopping RM1mil.

Before the last four clash here, the record between the two players was even for this year.

When they next clashed in the Korean Open, Lee whipped Chong Wei in the second round and went on to beat Lin Dan in a three-game thriller for the title.

Chong Wei is the only Malaysian shuttler still in the fray in Bejing. The other Malaysians all failed to shine here.