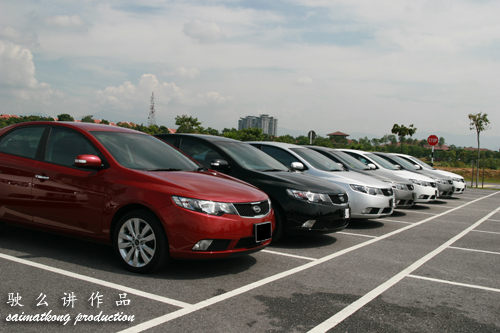 Last Sunday, a bunch of Forte owner and soon to be owner were gathered at Kluang Station Waterfront Desa Park City. It was a nice Sunday morning where everyone would like to ZzZZzZzzzz more but I sacrificed for my love, Forte. Gathering started from 10am-1pm, so I need to get up around 9 plus which is like a torture for me as Sunday not a working day and supposed to sleep till noon and till the sun beam my butt only get up. Haha. 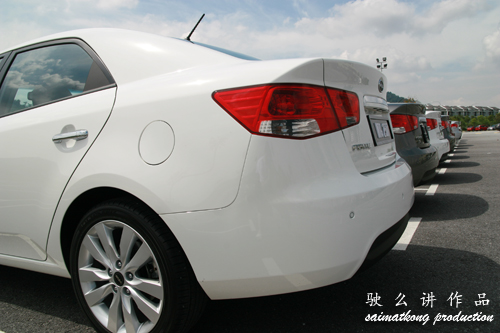 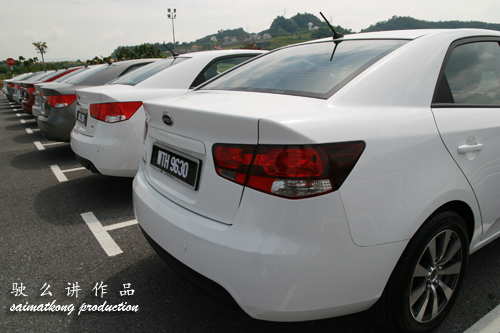 When I reached Kluang Station there’s no one there… and I don’t see any Forte at the front or Car Park 1… so I was wondering am I at the right place for the gathering. I’m a soon to be Forte owner and the reason I join in this Forte Owner TT was that I would like to meet the owners and get some feedback, comments, tips and check out the lovely Forte in a big group.

So I thought maybe those Forte were parked at the Car Park 2, so I walk to check it out and was happy to see so many Forte parked there. The view was awesome. So colorful as there’s White Forte, Titanium Silver Forte, Bright Silver Forte, Spicy Red Forte, Black Forte… Really wish my Forte was with me =(

Then we had a Chit Chat / Teh Tarik (TT) session at Kluang Station and yeah all the Forte owners were really friendly. Awesome bunch of ppl. Some asking about Car Tinting (AirCool, 3M, SafeTint, TintMaster), Car Rim (16″/17″), Fuel Efficiency, Car handling, PPS / Sierra Glow (Additional layer to protect car paint) etc, but it’s really a nice catch up with everyone. We try out the heat at all the different car with different tint after the car parked under the sun for quite sometime and I actually don’t feel much different between tinted and the non-tinted Forte! =p 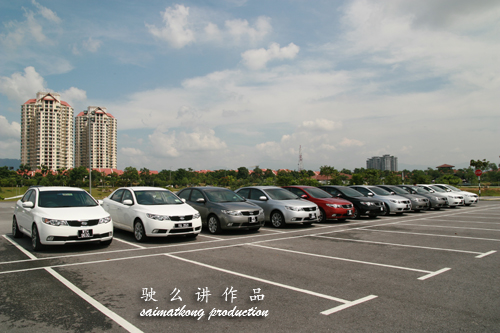 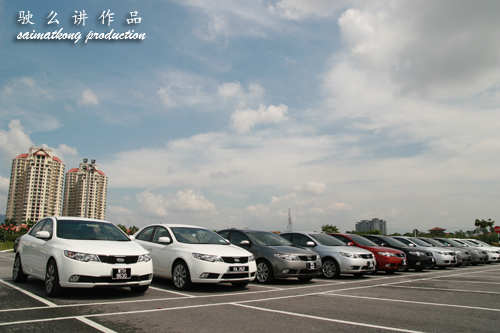 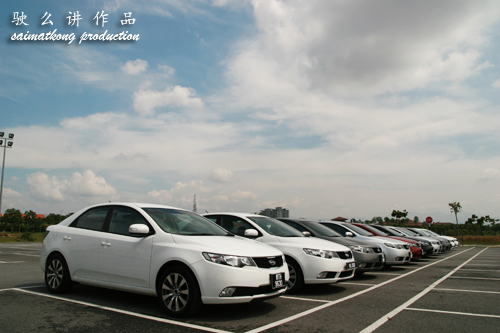 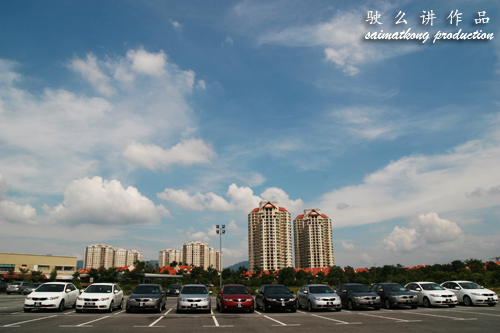 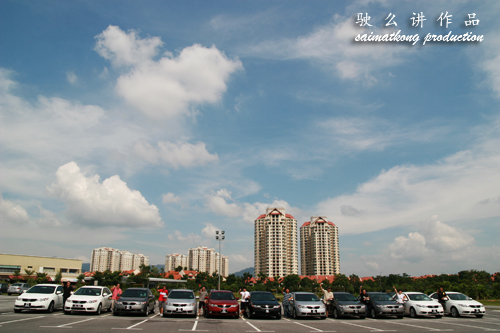 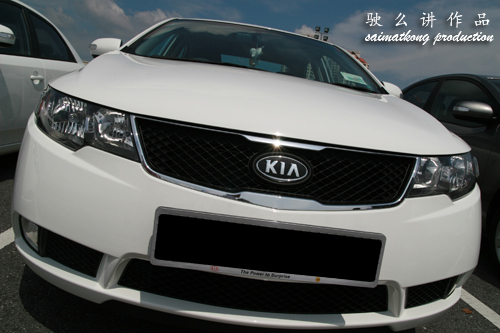 Check out this White Forte After Glow… Isn’t it awesome? Also the Naza emblem has been replaced with KIA emblem. 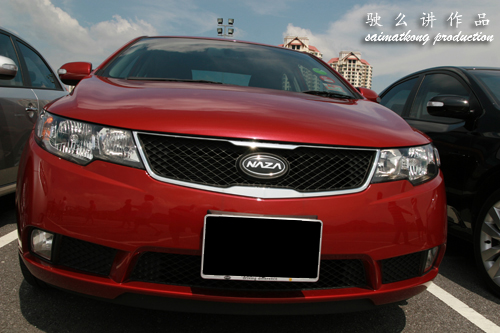 This Spicy Red Forte is very unique as not much ppl own it! Cool? =)

Check out the owners!

Check out some of the comments from the Forte Owner.

maintenance wise.. most of them choose synthetic oil but i go for mineral.. performance wise slightly better (u can feel it after u serviced ur car, try it.. haha).
and overall till now, after my friend viewed my car only give thumbs up.

1. Why did you choose to buy the Forte?
Its an excellent-value-for money product with many great features and very importantly its safety features. Oh yes..its got the looks too, super cool and sleek design! For the money I’m paying, this Forte is definitely worth it, if not more. It’s just brilliant, a class on its own! In short…its beauty, style and power which is my Forte.

2. What do you like most of the Forte?
Can i say there’s nothing I don’t like? Hahaha… I love the Push Start button! It’s so cool! And, the overall design and safety features. When I took my Forte home for the first time, my good neighbour came over and gave it the 2-thumbs up! Makes me so proud of my Forte. To be honest, I’m no car enthusiast, thus, car engines and the works are like rocket science to me. Hahaha… Thus, I’d like to reserve my comments on these but from what I read from the reviews, forums, etc.. However, I’d like to add that after having this ‘baby’ for 1 month, I’ve no doubt about its performance and drivability.