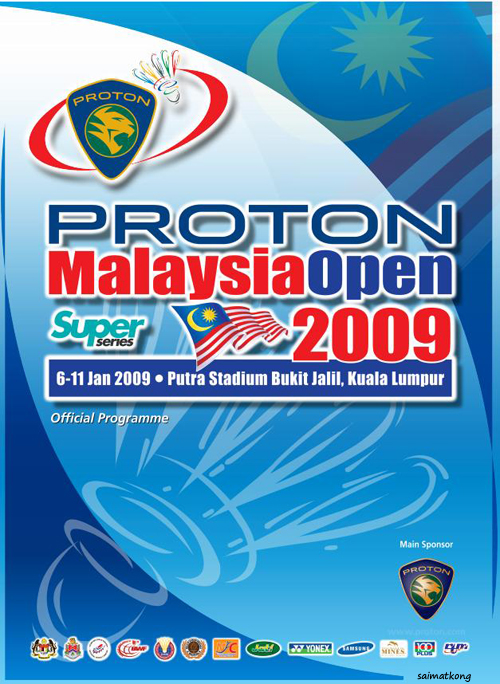 The Proton Malaysia Open 2008 celebrates its 51st anniversary. Although the event began in 1937, there were no competitions between the years 1942 and 1946, and then from 1967 to 1982, there was another break in tradition. Over the years, the Malaysia Open has evolved with the times to become one of the popular tournaments in the circuit and a favorite of the badminton players and fans alike.

This year, the tournament undergoes another transition with its inclusion in the BWF Super Series group of events. The Badminton World Federation (BWF) introduced the Supers Series to elevate badminton to a higher level of competitiveness, and increase the popularity of the sport through a bigger audience. This annually badminton event – Malaysian Open will be starting from 6 January 2009 and ended on 11 January 2009, at Stadium Putra, Bukit Jalil.

Participants:
The world’s leading players including from China, Indonesia, Malaysia, South Korea, Denmark, England, (all top badminton nations of the world) and other member countries. The Badminton World Federation (BWF) has 156 member countries.