So it’s confirmed that the credit card holder need to pay RM50 for the tax yearly? The answer is “Yes“. 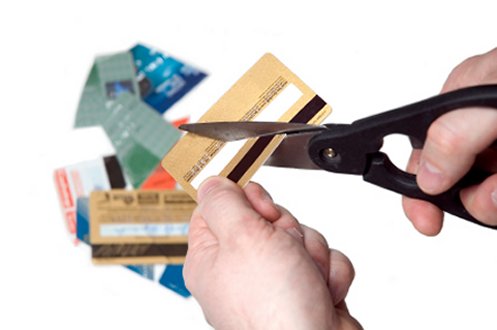 Alright I’m gonna cancel all of my Credit Cards and keep 2 cards. I have 6 Credit Cards in total, so now I will keep only the most frequent use card in case of emergency and I would say credit card is useful to me as I do not bring excessive cash with me because feel more secure that way. Moreover, it’s actually very convenient as we may make payment by installment using the credit card. Furthermore we could collect points and enjoy discounts that normally given to credit card to attract customer to use that card.

What about you? How many cards do you have? Do you plan to cancel all your credit cards or just pay RM50 because the amount is not significant to you? Potong your credit card or not? Haha.

I’m canceling my Citibank AirAsia card. If you want to cancel Citibank Credit Card coz do not want to pay RM50 tax act fast, download the form here and send it to them to process the cancellation.

KUALA LUMPUR: Applicants issued with new cre­dit and charge cards next year will have to pay the RM50 service tax upfront.

For existing card holders, the charge will be im­­posed on the anniversary date of cards.

Second Finance Minister Datuk Seri Ahmad Husni Hanadzlah, who confirmed this with The Star yesterday, said the Government would impose the service tax for credit and charge cards from next year.

“Existing cardholders will only be charged the ser­vice tax through their issuing banks upon the aniversary date of the card.

The minister’s clarification puts to rest nagging doubts among the millions of credit card holders in the country who have been raising queries since Prime Minister Datuk Seri Najib Tun Razak an­­nounced the new tax when he unveiled Budget 2010 in October.

Najib, who is also the Finance Minister, had said that a RM50 service tax for principal credit and charge cards and a RM25 for supplementary cards would be imposed from January.

This has led to card holders asking if the charges will be imposed from Jan 1 or on the anniversary dates of the cards, which are usually issued for a three-year period.

Those holding a string of cards were most eager to know before deciding to cancel some of their ac­­counts.

A check with the customer service departments of several commercial banks showed that they had yet to receive any definite confirmation.

Some banks said they were still awaiting for a directive from Bank Negara, while others think the tax would be imposed on the anniversary dates.

A third group of banks has also offered to absorb the tax for the cardholders, on condition a certain amount of money was spent within a certain timeframe.

Cardholder Y.L. Sim, who called up the bank to cancel his credit card, said the bank advised him “not to be hasty.”

“The officer said that they had yet to receive a formal directive from Bank Negara (on when to impose the tax). But I was worried as the New Year was nearing,” he said.

““Even I intend to hold only two credit cards,” he added.

He urged those who had large outstanding credit card debts to stop using the cards and meet the issuing banks to work out a repayment mechanism.

There are some 11 million credit cards circulating in the country.