How To Bypass iOS 6.1 Passcode Lock And View iPhone & Photos

Oohh yeah, another iOS problem! Someone discovered a method to bypass the passcode lock on any iPhone running the newest software update iOS 6.1.

The method is a bit complicated and will allow access to the phone application! While hitting the home button will re-lock the phone, the exploit does have potential to snoop through peoples contacts and make calls. How creepy it is!

Apple never do enough testing or it’s injected this bug on purpose?

How To Bypass iOS 6.1 Passcode Lock And View iPhone

Steps on how to hack / bypass iOS 6.1 passcord lock.

4. Hold sleep button until the power down prompt shows. Click cancel, you will notice the status bar turn blue. Type in 911 or your emergency number and click call then cancel it asap so the call dosen’t go through.

5. Lock your device with the sleep button then turn it on using the home button.

6. Slide to unlock then hold the sleep button and in 3 seconds tap emergency call. This will spazz out the phone and cause it to open. 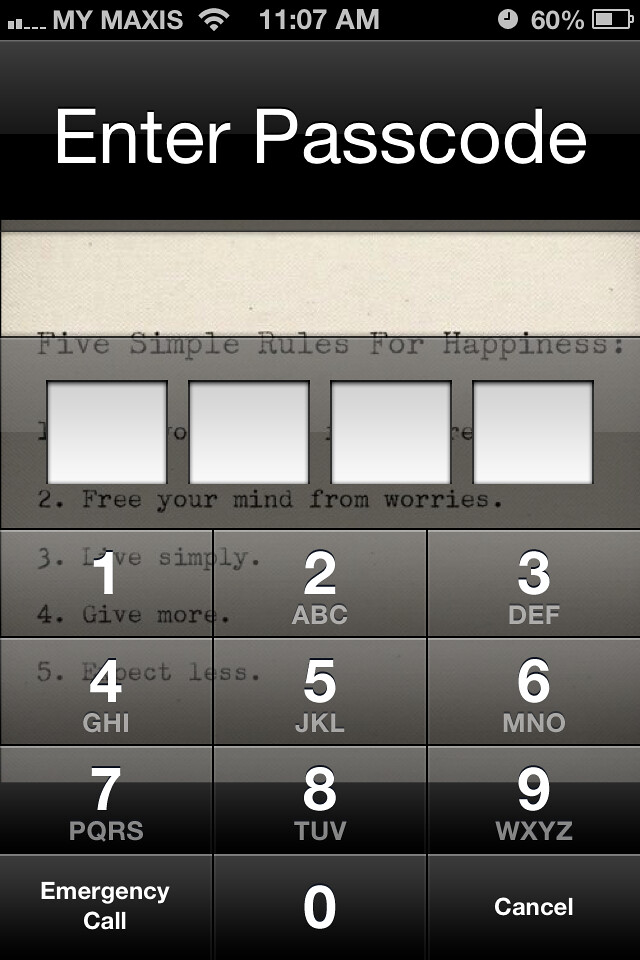 And there you go, the phone will reveal its contact, call, and voicemail information. You can also create a contact and view the photo gallery in doing so. You can also send emails and texts through the sharing a contact feature.

Update: One MacRumors reader notes that the technique does not appear to work if the user has turned off the “simple passcode” option to allow for more complex passcodes.

Update 2: AllThingsD notes that while Apple has yet to make an official comment on the issue, “sources close to the company say it is hard at work on a fix.”

Update 3: AllThingsD has now updated its report with a response from Apple.
“Apple takes user security very seriously” spokeswoman Trudy Muller told AllThingsD. “We are aware of this issue, and will deliver a fix in a future software update.”

A strange vehicle caught on camera in tunnel in Germany.

When the footage is slowed down, we see a strange light that seems to be chasing after it. According to the report, the vehicle could be the missing cargo that was reported a few days before.

It’s clear the missing cargo is in fact a car. But what kind of car could possibly cause all this drama?