Carey Island or Pulau Carey is an island in Selangor, Malaysia. Carey Island is located to the south of Port Klang and north of Banting town. It is a huge island separated from the Selangor coast by the Klang River, connected by a bridge from Chondoi and Teluk Panglima Garang near Banting. It was named after Valentine Carey, a former British civil service officer in Malaya. Despite its name, many locals from Klang do not consider it a real island compared to Pulau Ketam due to its proximity to the mainland and the river that separates it from the mainland is practically a stream.

It is famous for its seafood such as crabs, prawns, and various fishes. The island has palm oil plantations owned by Sime Darby Plantations. It is an initial settlement area for the Mah-Meri (IPA: [mɑx mɹi]), one of the aborigine Orang Asli tribes of Malaysia. They have assimilated into modern life, with jobs in the nearby plantations and farms, but they retain their unique culture and way of life. Apart from exhibitions of their traditional dances and music, the Mah Meri are particularly known for their votive sculptures, fashioned from a kind of swamp hardwood known as “Nyireh Batu”.

One day, during lunch, my boss suddenly suggest to have a seafood dinner @ Pulau Carey and I have no idea where’s that but was happy coz got free seafood. Huray! He said they seafood there is cheap and nice. Haha but who cares as long as it’s free food? =p 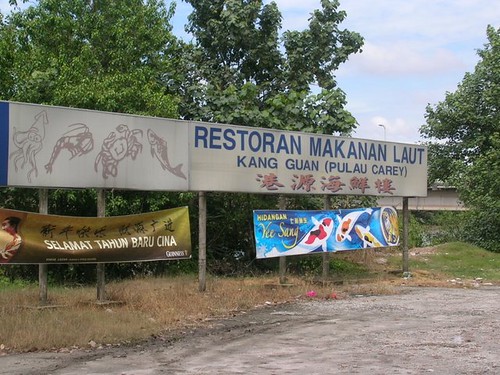 Then it took us about 45mins I think, to reach there as that day was raining and abit jam.

When we reach there, it’s empty, not much ppl there, but there’s some reserved table as well, guess it was a weekday that should explain why there’s not much crowd there.

We ordered a selection of popular dishes: 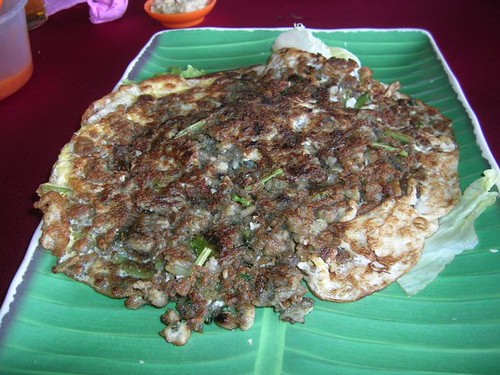 1) Oyster Omelette ‘Oh Jien’ – I taste grate and it’s a bit different from what we have in PJ or KL. It’s not very oily too which is total opposite from what I had before. 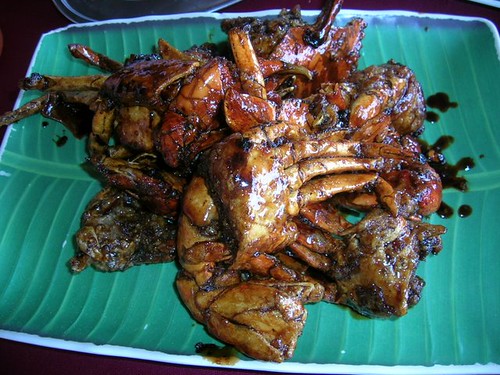 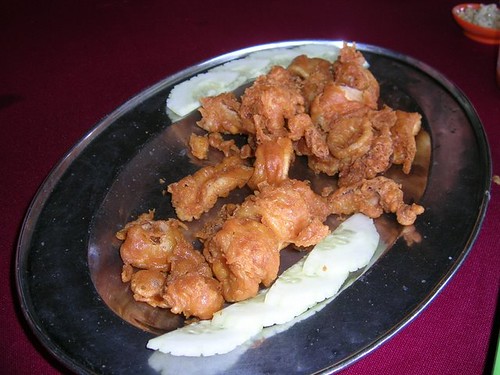 Overall, it was a good value and tasty meal, at a very interesting location by the river but if you go at night you will not be able to see the nice sea view. Recommended and it’s cheap too.

After the sumptuous dinner, we pass by AEON Jusco Bukit Tinggi and decided to go and have a look since I think it’s one of the biggest shopping mall in Malaysia?

After that saw there’s Euro Fun Fair just at the car park beside, so we went to have some fun. =)