In Chinese and other East Asian societies, a red envelope or red packet (known as Hóng Bāo in Mandarin, Ang Pao in Min Nan, Lai See in Cantonese, Sae Bae Don (세뱃돈/歲拜돈) in Korean, and Lì Xì in Vietnamese) is a monetary gift which is given during holidays or special occasions.

Red envelopes are mainly presented at social and family gatherings such as weddings or on holidays such as the Lunar New Year. The red color of the envelope symbolizes good luck and is supposed to ward off evil spirits. The act of requesting for red packets is normally called (Mandarin): 討紅包, 要利是, (Cantonese):逗利是. A married person would not turn down such request as it would mean that he or she would be “out of luck” in the new year. In keeping with Chinese customs, newly wedded couples are also usually expected to be extremely generous with the amount offered in the red packets, so as to receive blessings for a blissful marriage.

The amount of money contained in the envelope usually ends with an even digit, in accordance with Chinese beliefs; for instance 88 and 168 are both lucky numbers, as odd-numbered money gifts are traditionally associated with funerals. But there is a widespread tradition that money should not be given in fours, or the number four should not appear in the amount, such as 40, 400 and 444 as the pronunciation of the word “four” resembles that of the word “death”, and it signifies bad luck for many Chinese. At weddings, the amount offered is usually intended to cover the cost of the attendees as well as a goodwill to the newlyweds. It is considered extremely rude to give a low amount of money on such an occasion.

During the Lunar New Year, mainly in South China, red envelopes (in the North, just money without any cover) are typically given by the married to the unmarried, most of whom are children. The amount of money is usually a single note to avoid heavy coins, and to make it difficult to judge the amount inside before opening. It is traditional to put brand new notes inside red envelopes, as well as to avoid opening the envelopes in front of the relatives out of courtesy. In recent years, some Asian-based banks provide newer-looking notes to reduce the environmental impact of printing new banknotes.

How many Ang Pau did you receive this year? Mine was 70% less than previous year, maybe the economic not too good due to the increasing of petrol and inflation but the salary didn’t increase? Haha… 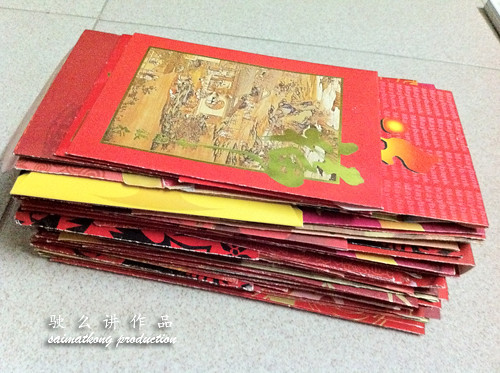 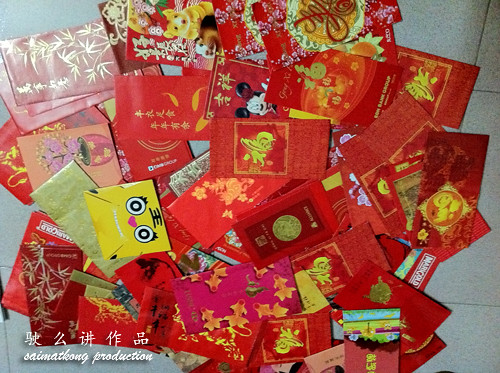 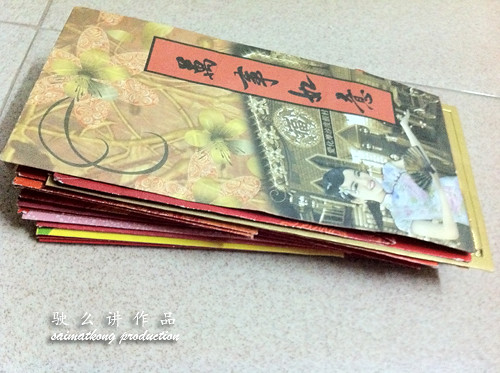 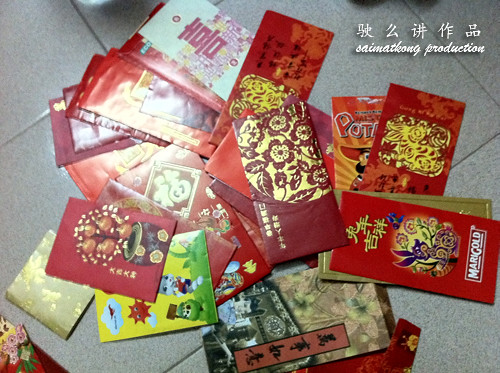 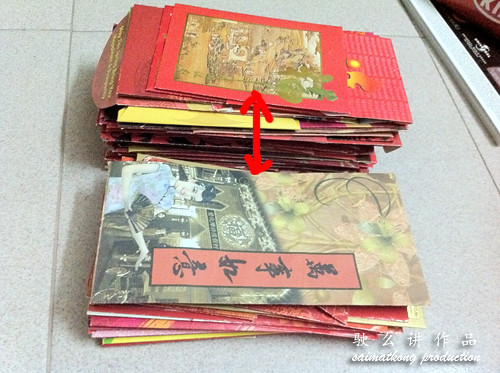 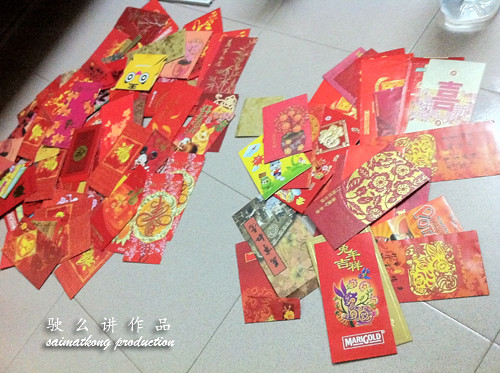 See the comparison between last year and this year. So little =(