Home » Food & Beverage » Murni allowed to reopen after clean-up, it sealed for two weeks but fined only RM150

Murni allowed to reopen after clean-up, it sealed for two weeks but fined only RM150

Murni is back to it’s mamak business again! What do you think? Just RM150 fine? I don’t think so, maybe the reported figure is RM150 but got hidden fees? And so fast now Murni reopen again after it was slapped with a summon to be closed for 14 days because of cleanliness issue. Will you still visit Murni mamak? For me I also seldom go there already but the food is really tempting.

Restaurant allowed to reopen after clean-up

A RESTAURANT in Jalan SS2/75, Petaling Jaya, where workers were seen preparing food in an unhygienic manner, was sealed for two weeks and slapped with a fine by the Petaling Jaya City Council (MBPJ).

MBPJ Health Department officers visited the restaurant the day after the story was published in StarMetro on Sept 22. They issued an order for it to be closed for 14 days and a RM150 summons.

“The restaurant owner and the workers were ordered to clean up and upgrade the premises, and not to prepare food in the back lane and drain.

“They were also required to attend a course on food handling at the MBPJ,” said MBPJ public relations officer Zainun Zakaria. 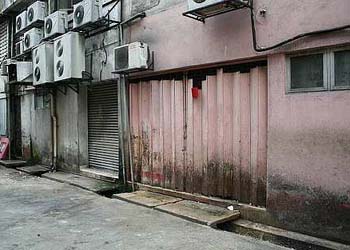 Cleaned up: A view of the restaurant’s back lane after it was sealed for two weeks by the MBPJ for clean-up and upgrade purposes

“Our officers visited the restaurant again today (Oct 6) and found that the owners had had the premises and drain cleaned, grease trap installed, walls repainted, floor retiled and chimney replaced.

“The workers were also given Ty2 shots (inoculation against tetanus and typhoid).”

She added that the restaurant would be allow­ed to open the following day.

Kudos to the health officers and enforcement personnel who acted promptly on a case we highlighted on Sept 22.

The council fined the operator and sealed the premises in Jalan SS2/75 for two weeks.

This is a positive move by the local authority to clamp down on food outlets with deplorable hygiene standards.

Fourteen days gave adequate time for the owner of the premises and the workers to clean up their act. But the RM150 fine imposed seemed a mere slap on the wrist for the culprit.

Our photographs on Sept 22 showed workers preparing food on the lid of an ice-box which was placed over the back lane’s drain.
Irresponsible act: Bulk waste discarded along the narrow back lane behind Jalan SS2/75.

In view of the filth and poor food handling being the main issues, RM150 is too little for the damage done. If it matter was not exposed, the eatery would probably be reaping in the profits by compromising hygiene and cleanliness.

Do you think the small fine is enough to deter food outlets from carrying out such an offence? Please e-mail us and tell us you what you think.

On Oct 6, we despatched our photographer to Jalan SS2/75 to conduct a pictorial follow-up on the area.

A section of the back lane which was used for food preparation by the restaurant had been cleaned up. But, that did not deter other premises owners there from dumping their garbage indiscriminately.

It seems that cleanliness has been a perennial problem in Jalan SS2/75. The business owners there are downright dirty and irresponsible.

Our photos showed that other traders in the same area had taken the opportunity to discard their bulk waste along the narrow back lane behind Jalan SS2/75.

We urge the local authority to keep tabs on this situation and readers can do their part by calling the MBPJ at 03-7956 3544 ext 115/117 to voice their complaints. Alternatively, they can e-mail: [email protected]

* You can make a difference. Please email photos of rats, dirty eateries and your tip-off to [email protected]