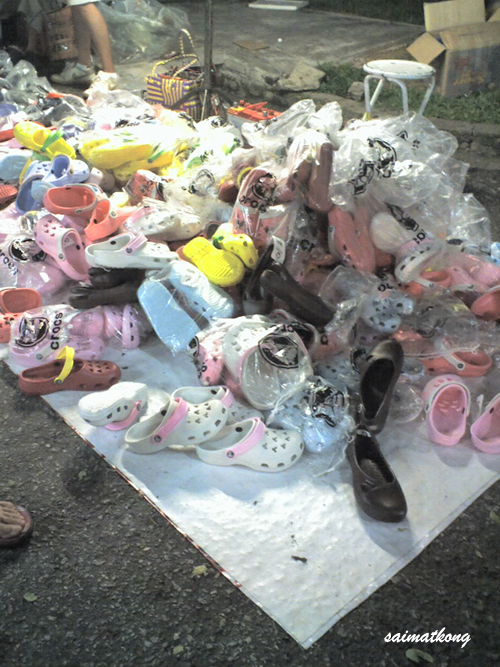 Recently I saw a lot of stall at Taman Megah (Sunday), SS2 (Monday) pasar malam selling Crocs shoe, there are at least 3-4 stalls, and yes they are selling like hot cakes, maybe that’s the trend right now?? They looks real and a lot of different model. The most important thing is it’s only RM20-30 bucks per pair. I asked one of the seller “Is it real?”, he said it’s the same one la… same factory!?! Made in China Crocs… hmm. still wondering it’s original Crocs or not. If it’s real then it’s not worth for those ppl who bought those “Real Original Corcs” from malls? It’s about RM150-300 if get at the Crocs shop at all the malls. 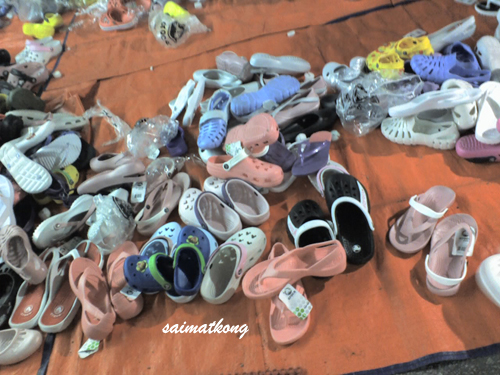 I heard that some ppl telling me that Crocs is on bankruptcy and Crocs Malaysia is closing down hence they are selling it at the pasar malam at such “harga runtuh price”. But they are still selling in shops at all the malls…?

I have tried the Made in China Crocs selling at Pasar Malam and feel very comfortable but will it be like the photo shown below? I think of that because I received the photo from forwarded email previously stating that caused by china materiel… hence the leg was infected. hmm should we buy it? I don’t want my leg become like that… Anyone of you bought it from pasar malam??