Home » Blog » Najib 1Malaysia Meal for only RM3! Where to find?

Najib 1Malaysia Meal for only RM3! Where to find?

I saw this news and went to a mamak that bearing the logo of 1Malaysia and thinking to try my luck for the 1Malaysia People’s Menu which only cost RM3 for the rice with chicken + drinks but my total bill is RM6.80 for that. 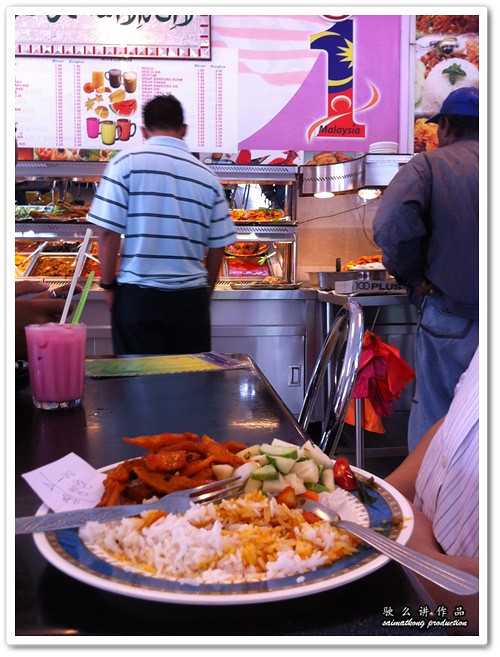 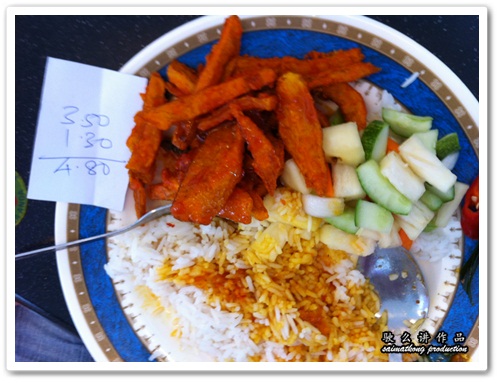 My other friend’s lunch. Look at the price, even just 1 portion of Timun + 1 portion of Fried Potato is already RM3.50 and it’s without drink!

One of the 1Malaysia Restaurant is below, some tried and can’t get RM3?
Restoran Ukhwah 2-28 Lorong Medan Tuanku 1, 50300 Kuala Lumpur, Federal Territory of Kuala Lumpur

According to the prime minister’s budget speech:

74. The Government will undertake measures to ease rising costs and prices as well as reduce the burden of the rakyat, as follows:

First: Increase the number of Kedai Rakyat 1Malaysia (KR1M) nationwide in 2012. KR1M offers 250 types of 1Malaysia products, comprising consumer goods which are up to 40% cheaper. In view of the overwhelming response, the Government plans to open an additional 85 units in 2012 with an allocation of RM40 million;

Third: Extend and promote the Menu Rakyat 1Malaysia which offers popular menu sets at reasonable prices with a maximum of RM2 for breakfast and RM4 for lunch. Currently, more than 700 food operators are participating and this will be extended to 3,000 operators by end-2012. To further expand this initiative, the Government encourages all cafeteria operators in Government offices* and the private sector to implement the Menu Rakyat 1Malaysia.

Thumbs up for low-cost meal

KUALA LUMPUR: The campaign for the 1Malaysia People’s Menu has received overwhelming response from restaurants.

According to the Domestic Trade, Cooperatives and Consumerism Ministry, there were now 1,004 restaurants taking part in the programme as at Oct 14.

“We were supposed to achieve the target of 1,000 restaurants by December, but we achieved it three months earlier,” he told a press conference after a lunch with Prime Minister Datuk Seri Najib Razak at Restoran Ukhwah in Lorong Medan Tuanku yesterday.

“The Prime Minister came just to eat. He wanted to taste the food eaten by ordinary folk. He also wanted to find out whether the lunch menu served at RM4 and breakfast at RM2 under the programme were really of quality,” he added.

Paying less for more: Najib smiling as he pays for his meal at Restoran Ukhwah in Lorong Medan Tuanku, Kuala Lumpur, yesterday.

Ismail Sabri said Najib’s lunch experience at the restaurant also proved wrong the perception of some quarters that cheap food at the eateries were of low quality.

He added that in the peninsula, the restaurants could offer breakfast at a maximum of RM2 and lunch at RM4. In Sabah and Sarawak, it’s RM2.50 for breakfast and RM5 for lunch.

Restoran Ukhwah serves a RM1 breakfast menu that includes teh tarik, roti canai and a piece of kuih while the RM3 lunch menu includes a plate of rice with meat and one vegetable dish and a syrup drink.

Asked how the restaurant could maintain its profit at such rates, Ukhwah Cooperatives president Datuk Rahim Baba said they carried out volume selling while offering other menus at regular prices.

Regular customer Ramlee Salleh, 76, said he ate at the restaurant with his wife Zaleha Salleh, 63, and grandson daily to reduce their financial burden.

Ramlee, who has two wives, said he earns RM700 a month as a petition writer and gets a RM400 pension.

“But it is still not enough for us and I sometimes just eat bread,” he added.

“He also wanted to find out whether the lunch menu served at RM4 and breakfast at RM2 under the programme were really of quality.”

He said Najib’s lunch experience at the restaurant also proved wrong the perception of some quarters that cheap food at eateries participating in the programme were of low quality.

“The ministry is always monitoring for the quality of food served…the prime minister praised the food served just now, which he said was delicious and of quality.

“I think the prime minister was very happy to taste what the ordinary people eat on a daily basis and it also shows his concern for the people’s welfare,” Ismail Sabri said.

The 1Malaysia People’s Menu programme was launched on July 7, aimed at lessening the people’s daily expenses while enabling them to enjoy breakfast at the ceiling price of RM2 and lunch at the maximum of RM4.

Ismail Sabri said the programme had received encouraging response with the target of 1,000 restaurants by the year-end achieved earlier when 1,004 participated in the programme nationwide.

He hoped more eateries would participate in the programme but the condition is that they must served balanced meals. — Bernama