Last Saturday went to MTV World Stage 2010 at Sunway Lagoon Surf Beach for Wonder Girls and Katy Perry. It was an awesome show if minus the rain + the technical problem and delay… Between each of the performances it took about 30 mins and it’s crazy! 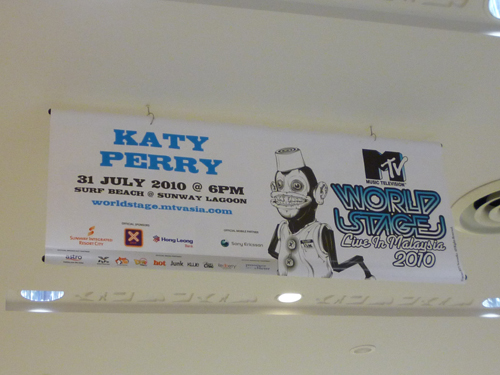 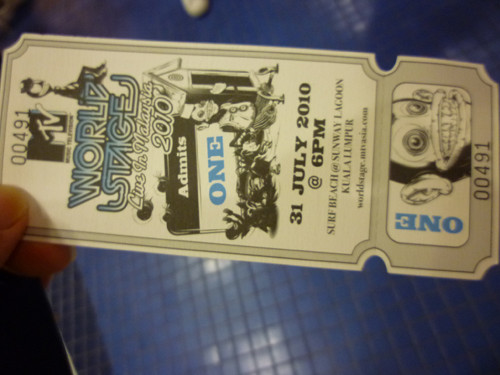 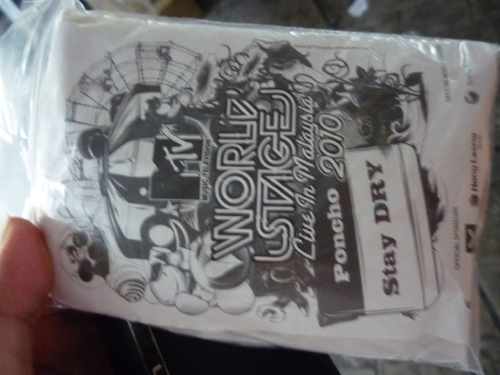 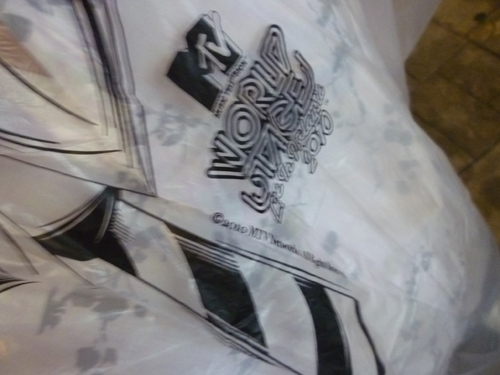 Luckily I didn’t bring umbrella coz cannot pass the bouncer. Haha. You will be given 1 cheapskate rain coat but I like the design and if without this rain coat I think I will become wet chicken and fall sick the next day. 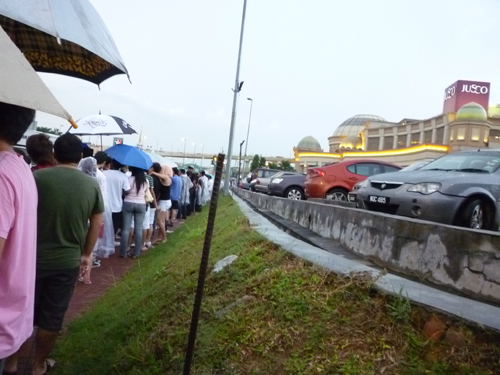 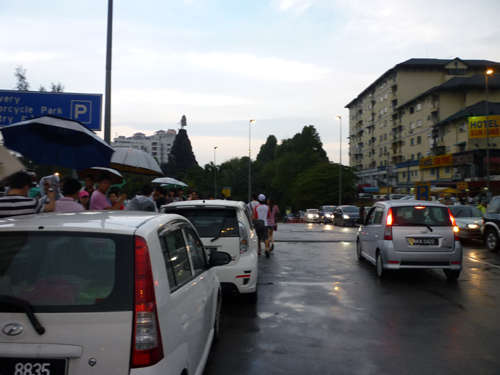 The queue to enter MTV World Stage was just too crazy! It queue all the way till Hotel Sun Inns and I was in the queue for more than 30 mins and leg also numb. The queue was just way too long and it could be better if not those slowness of the check point at the entrance. 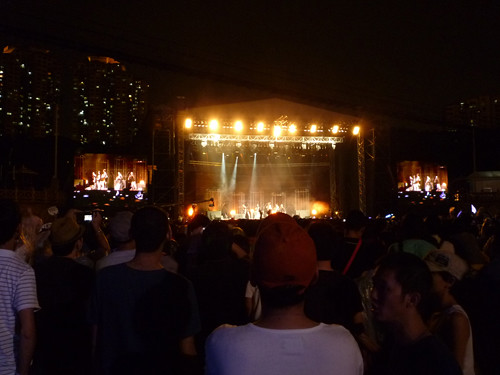 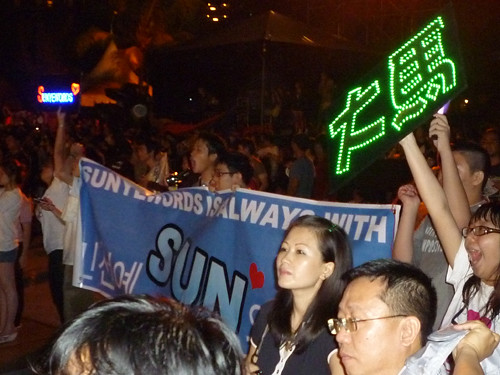 They opened up their performance with I Wanna and Goodbye and also performed a rock version of their hit song 2 Different Tears as well as Nobody.

At 1st thought Wonder Girls just sang a few songs and left but yup they came back to the stage and sing their famous song “No body no body but you!” Damn nice k and sumore in the gold blink blink costume! =)

The Wonder Girls – Nobody song still stay in my mind. “I wanna no body no body but you! *clap* *clap* and *finger pointing*” 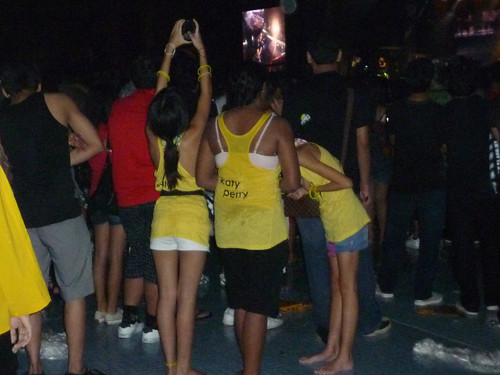 Katy Perry was in the mood to get a little tarty, too, debuting “Peacock” a bawdy little song from her upcoming Teenage Dream album that’s all about, well, check out the last four letters of the song title. “Cock”! Haha it’s a nice song, check out the video for the song that she claimed it was the very 1st time she perform on stage! wohoo.. 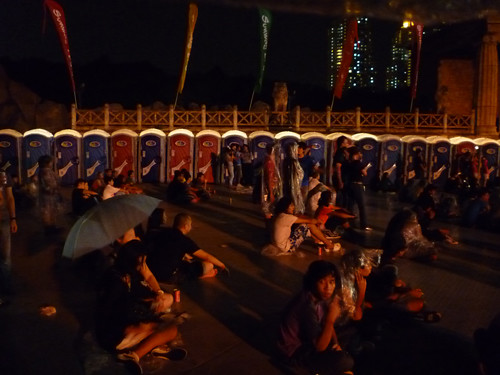 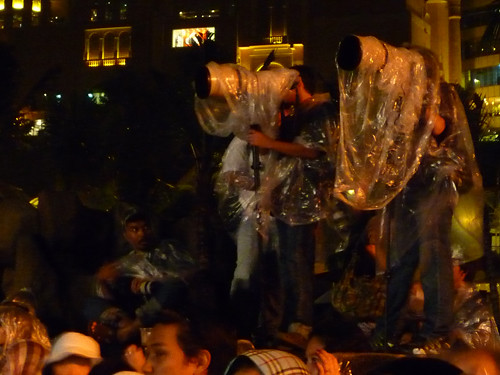 Check out the two bazooka there… Haha luckily I never bring my DSLR if not sure soak in the rain. 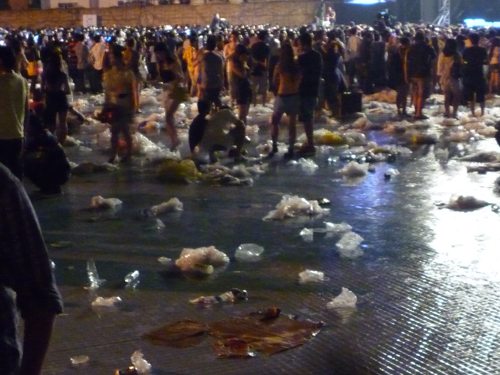 See the ugly Malaysian just left their rubbish on the floor after the show. *shake head*