Wow it was cool and damn tiring experience! Thanks to Samsung for selected me as one of the participants which represent Samsung Fun Club in this Innov8 Run. Was disappointed that our team thought we could win but actually not, not really sure the reason why but at least we tried our best in the run, maybe our points were deducted because cannot meet the time frame? Too bad because we were the last car to start and actually 45mins – 1hour later than the 1st car who started the run.

Before the actual event, Innov8 Run, we had a get together lunch with all the selected Samsung Fun club participants at Bon Ton Restaurant @ Jalan Conley last Saturday before the actual event. Then we pick our team members using the draw lot method, Yee Leng, Lim and me were faithed as group members and I was picked as a driver.

After the get together lunch, I was think what the people in Samsung said, “Decorate your car and you might win something” might be win something or some surprise, so… I decided to take up the initiative to design my own logo plus Samsung Innov8 logo. It took me some time and money to do it… 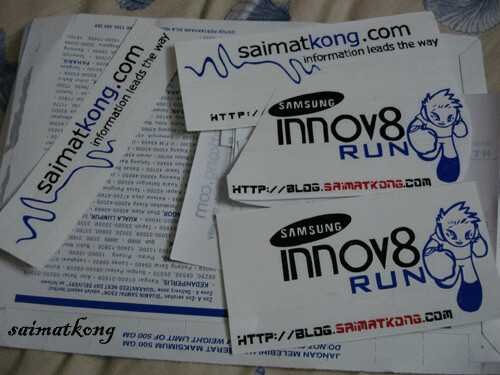 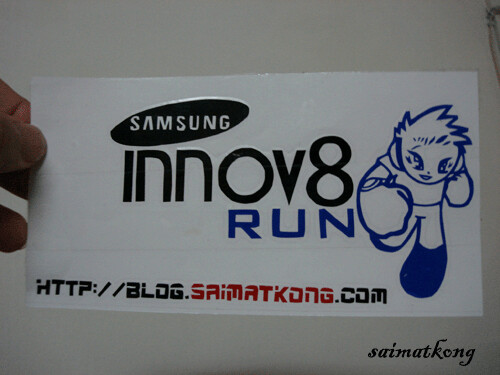 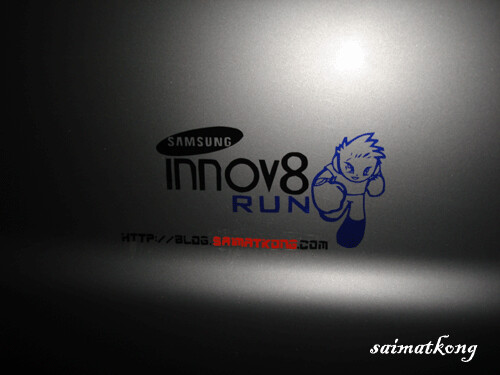 Here’s the actual stickers and the end product on my car =) Look nice right? I did that on Saturday about 2am. Then after that faster went to catch some sleep and recharge to face the next morning challenge.

On the morning itself, just drank a cup of Milo and rush to pump petrol as I got that news that petrol dropped on that day itself too and being a kiasu me so waited till Saturday only pump my car to full tank for this Innov8 Run. 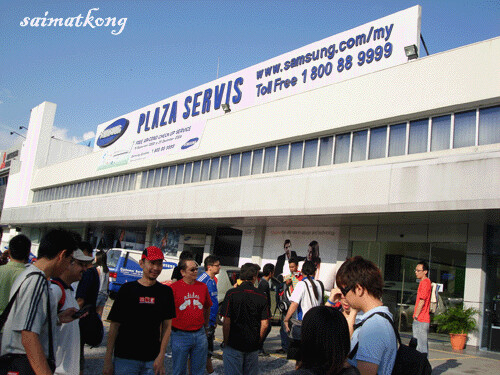 Then went to Samsung Customer Service Plaza @ Jalan 51A/219 and meet up with my team members. Then they distributed a small sticker for each of the participants so that all of them actually know and can recognize who’s in the same team and we have to use the team number thru out the run. 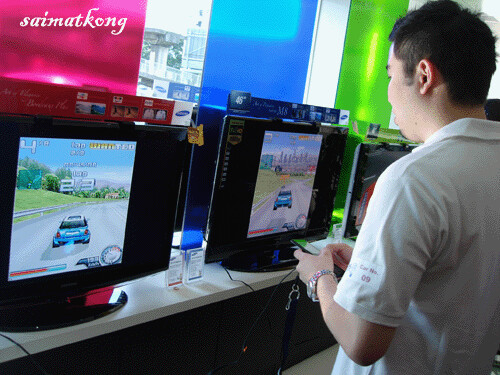 At about 9am, all the participants was separated to two group as the hall is not enough to fit all of us and my team member went on to the game challenge which actually determine which team will start 1st. The challenge is actually we had to race Asphalt 4 using INNOV8 phones and is hooked up to a Samsung LCD TV. Guess what? Our team actually got the last place and that’s the reason why we were the last car to start the run. =( Too bad I don’t play games and no talent for games. 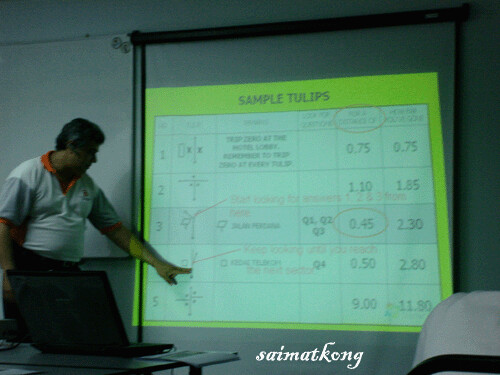 After that, we proceed to the Samsung Training Center, where we were taught how to use the phone and the basic knowledge of treasure hunt. It’s actually my first time joining a treasure hunt in such big event, and it’s an eye opener. The we were assigned a Marshall and an Adidas t-shirt, car stickers and 2 INNOV8 phones per team. If they would have told me earlier that they actually giving me stickers then I probably not making one myself. 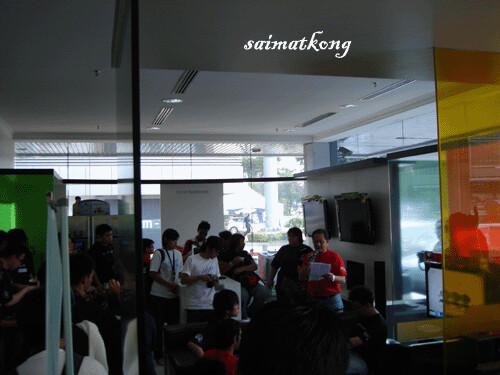 Then went on to stick it on my car and we’re off to a speech by Samsung’s head with media launch. The we received 1st question by sms and it actually hit us to locate “Menara KKAUM”. After that a must have big group photo shoot outside of the building so that the media could report about the event. Once that is over with, we’re told to line up the cars in the positions that we’re in, which is the last. LOL! 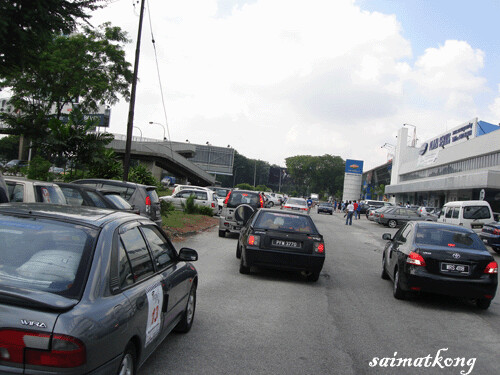 1st Stop – Wisma KKAUM. We were totally out of clue and we were brought to some ulu-ulu place by the GPS and end up in some factory area. Then we wasted quite some time only figured out the place was ASTAKA. It was actually frustrating to use the GPS and the women keep asking me to turn left or right where in actual fact it’s a straight road and when it reach roundabout, the women will keep on saying “Approaching roundabout”! LOL, who doesn’t know la? Just keep quite and lead us to the correct way, that was what we keep on mumbling. 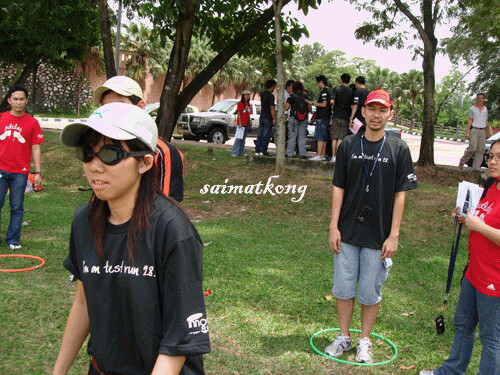 Once we’re at the field, which was not that easy and took us clueless time, two persons from a team need to play a blindfolded game where a person need to walk a distance to get the puzzle and place it into a toy ball while the other person shouts out the directions and instructions. After that, I stayed in the field while my other two members have solve another challenge. 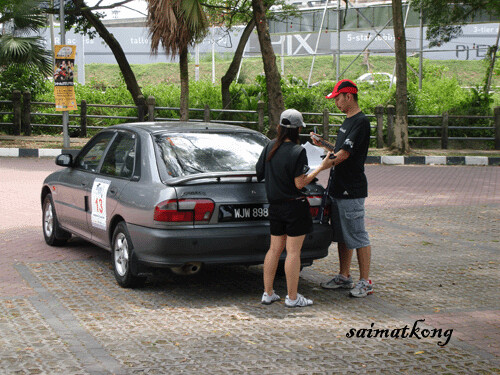 After that, we got our passport stamped and get our instructions and tulips and rush off to Digital Mall Section 14 there. We have to look around the building sign board or banner in order for us to solve the questions and need to get the treasure drinks which we got it correctly too. Then went to Sime Darby and took a team photo with the Samsung Omnia billboard and proceed to KL Tower. It was damn jam. Madness…

We get to play Flying Fox @ KL Tower and it’s actually my first time playing the Flying Fox, it’s nothing to shout about. The distance and height is so so only. Haha… 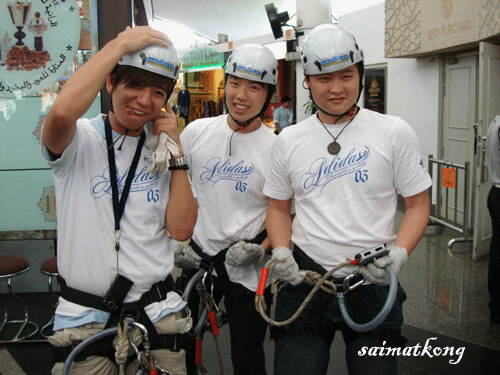 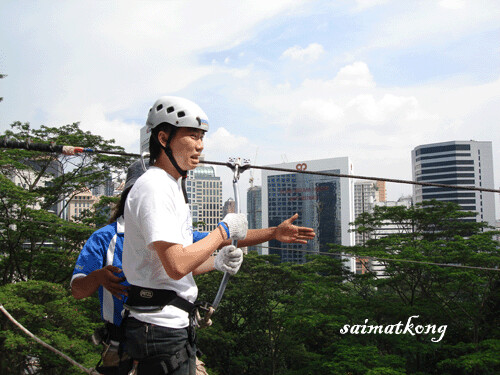 Capture other teams moment when their turn trying out the Flying Fox. You can see the reaction of the face, haha =) 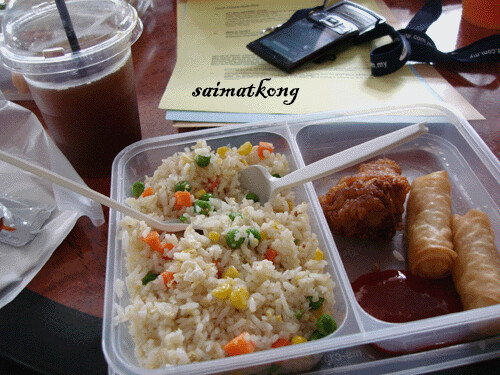 After that, it was about 3-4pm and then we had to rush for our lunch too. This is our lunch box which cost RM15 as I was told. A bit expensive huh?

Then we proceed to Sungei Wang and took another picture of the team members with the Samsung Omnia banner again and gosh we had to go thru all the jam and crazy traffic. Then we were told that McDonalds @ Petaling Street was our next destination. There, we have to spot a bunch of signs or stores to complete our puzzle. Then we had a “Air Mata Kuching” drinking challenge where by we need to drink the cup of ice freeze “Air Mata Kuching” within 15secs and I did it in less than 5secs. Yeah! Too thirsty. 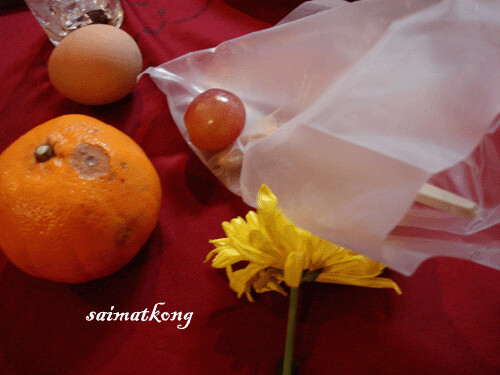 Then we were on shopping spree that we were told to buy a bunch of treasures which is natural items and we did it. Turnip, Plum, Mandrin Orange, Egg, Grape. Haha… 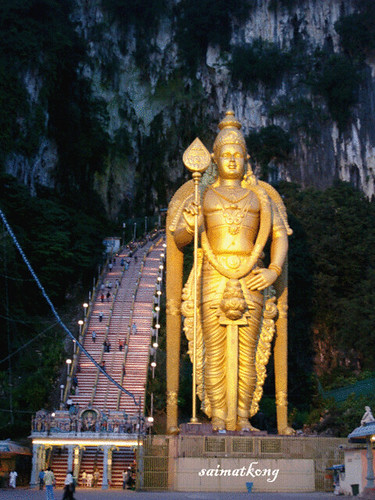 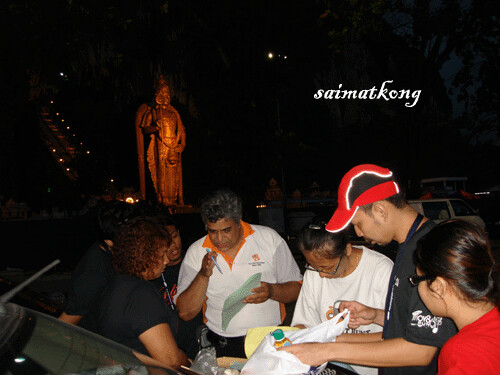 Then another mms showed us our last check point destination. We had to drive all the way to Batu Caves just to submit what we got in the shopping challenge. It’s jam and we got lost few times but lucky and thanks to our Marshal and we are back on track. It was the last destination because the whole event was late and they had to cancel a few other challenge. YaY!… If they did continue the thing… I think I will be fainted there and need to call ambulance. 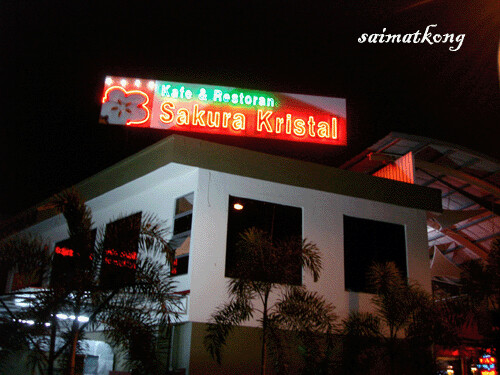 Then we were given another tulips to our dinner at “Sakura Kristal” @ Taman Melawati. When we reach there only we were told that we need to submit photos or video that we need to take along the whole journey but we didn’t coz we were not informed?! Then went on to the lucky draw and prize giving ceremony and our team have confident that we will surely get number 1 and grab the phone but it was resulted as a disappointment. Then there were some special award… which I thought I might have a chance because of my stickers? but too bad… it was given to the girl who came all the way from Kuala Kangsar and another participant who’s pregnant?!~ but not me. sigh. ='( 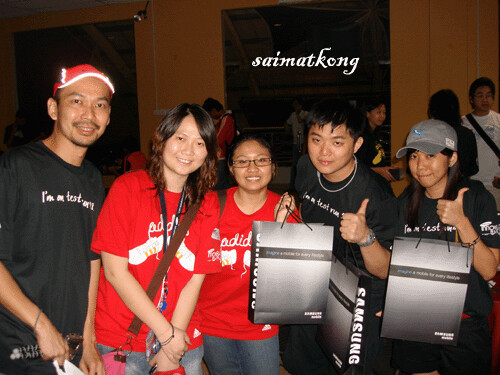 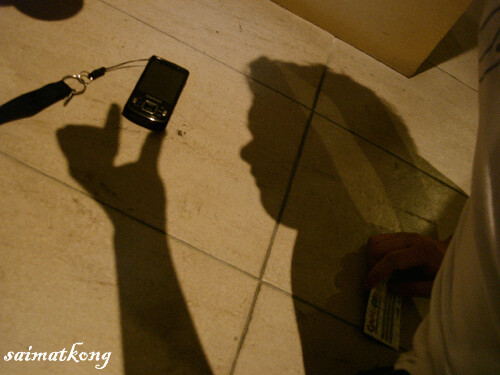 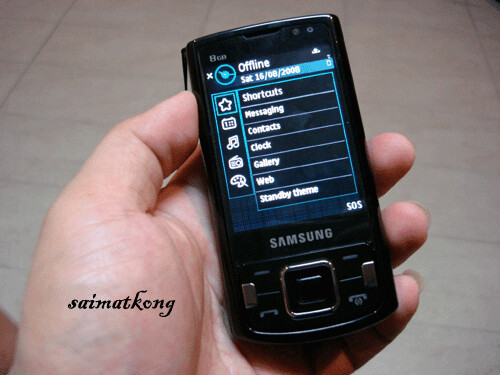 Last but not least seriously this Innov8 phone has got nothing to shout about except it’s the 1st 8Mega Pixel Phone?! Haha… 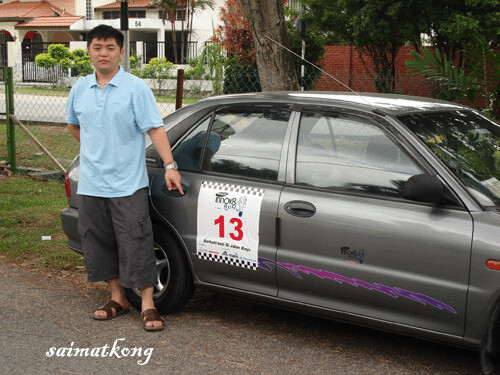 One bad thing is, after I took out the stickers, it actually peel off some part of my paint too. Sad la… Samsung how can this happen? =(