Home » Blog » GooPhone 谷蜂 Claims To Have Patented The iPhone 5′s Design In China : So a clone to sue Apple on iPhone 5?

GooPhone 谷蜂 Claims To Have Patented The iPhone 5′s Design In China : So a clone to sue Apple on iPhone 5?

This is so funny… Now China GooPhone 谷蜂 want to sue Apple because the iPhone 5 design was patented by GooPhone in China? GooPhone 谷蜂 copied Apple iPhone and release 1st and patented it and then sue Apple?

Who patent 1st will win then? Let’s see! I’m thinking maybe is it Samsung the person behind who’s leading this so that in a revenge and kill Apple’s iPhone 5? Could it be? Lolz. (just my assumption only… ;p) 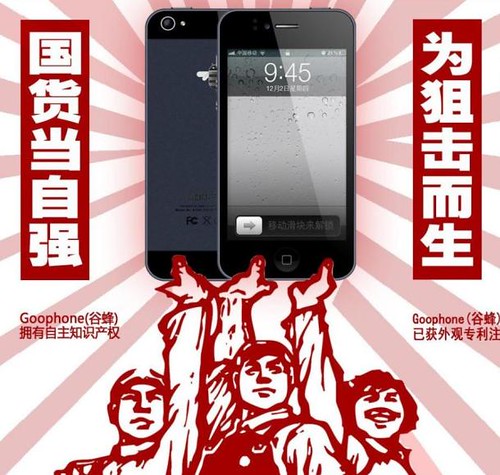 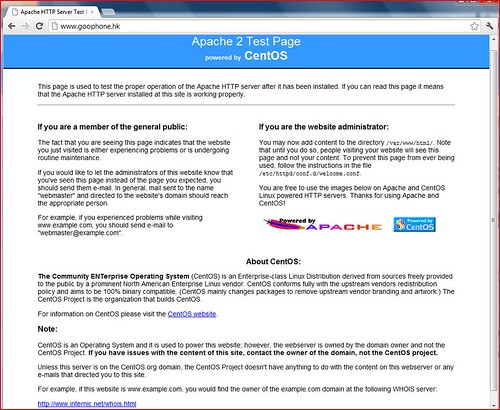 I have checked on the GooPhone website and it’s a Apache 2 Test Page? Who clone who now?? Hmm

You may remember the GooPhone i5 from last week. The phone featured a design that was similar to the rumored design of the iPhone 5. Most, including yours truly, dismissed it as another interesting Chinese knock off. It seems that GooPhone doesn’t see it that way.

GizChina is reporting that GooPhone claims to have a patent on the iPhone 5′s design in China. Well, they have a patent on their design, but it’s remarkably similar to the rumored design of the iPhone 5. When released in China, it might be hard to tell the two apart. GooPhone is apparently betting on that to be the case and will be ready to bring a patent lawsuit against Apple.

It’s hard to say exactly how successful GooPhone would be in protecting their “patent” in a court of law, but precedent is clearly in their favor. Chinese electronics company Proview fought Apple over the iPad trademark for months, but eventually settled to the tune of $60 million. It will be interesting to see Apple’s reaction if GooPhone really does sue them over the iPhone 5′s design.

Realistically speaking, it’s highly unlikely that Apple would be caught off guard by GooPhone’s accusations. They most likely have all the major design points of the iPhone 5 patented and ready to go for any potential legal battles. At best, GooPhone might be able to convince a few people that they’re selling a cheaper version of the iPhone 5.

Here’s an unintentionally hilarious video that compares the GooPhone i5 with the iPhone 4S from the folks at GizChina:

Chinese phone company GooPhone have released details of their new phone the GooPhone i5, a phone which borrows design from leaked iPhone 5 components, however the company have gone one step further and have applied for a patent on the new iPhone design which could block Apple selling the new iPhone in China!

The clone manufacturer who released an iPhone 5 knock-off last week now says that they will sue Apple if they release the real iPhone 5 in China. Surreal? Hilarious? Pathetic? All of the above.

Hong Kong -based GooPhone, who designed their cheapo Android phone after the alleged Apple iPhone 5 parts leaked during the last few months, has a very rational argument: they have released their clone first, so everything that comes after that must be a copy, even if they actually made their phone after the parts of a phone that hasn’t been released yet but that everyone believes is the real thing.

In other words: since their clone was released first, that makes it the original phone. The iPhone 5 is the actual clone, not theirs.

Makes sense? Of course it doesn’t. Who cares! It’s fun!

I just hope Samsung is taking notes and hurries up to release an iPhone 5 clone as soon as possible. Come on, Samsung—you got one week! You can totally do this. [Goophone via GizChina via Cult of Mac]