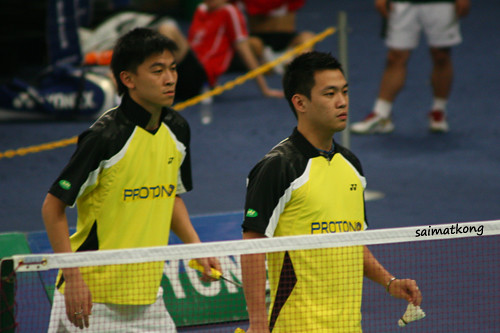 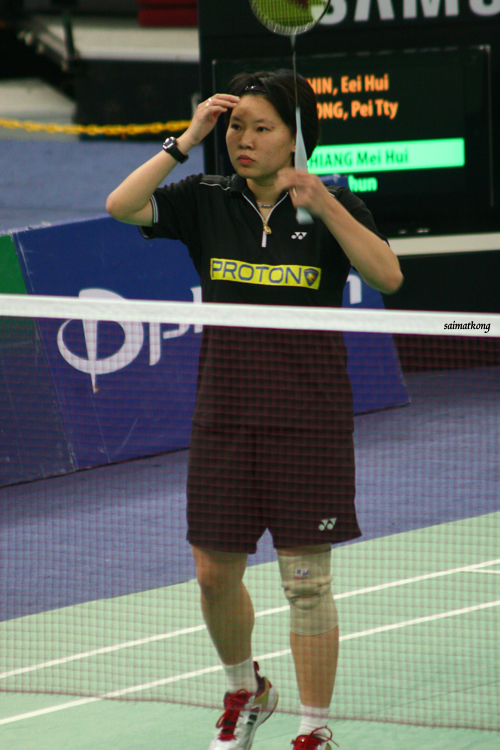 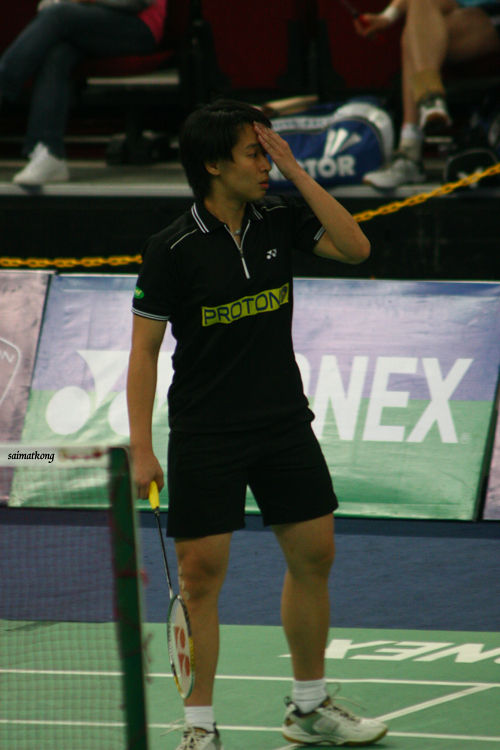 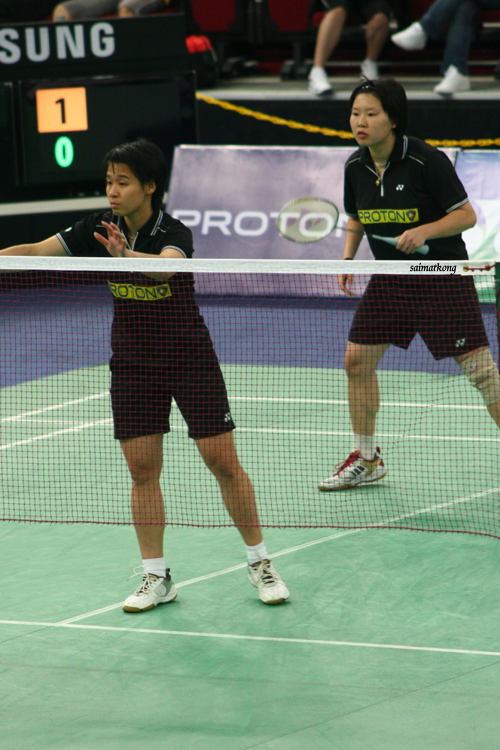 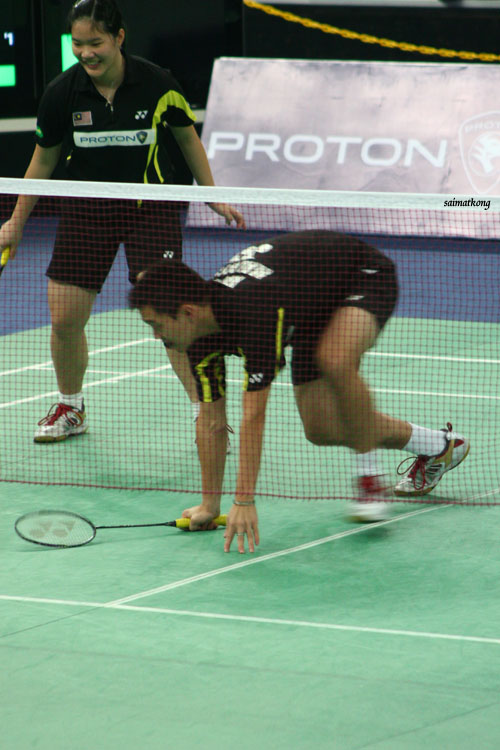 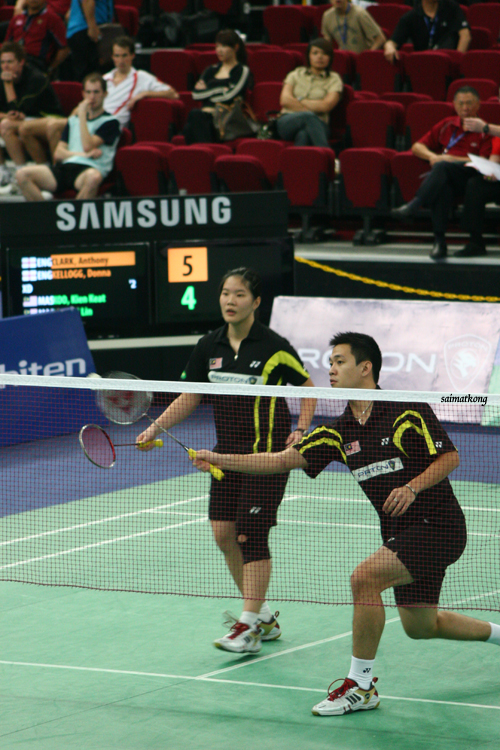 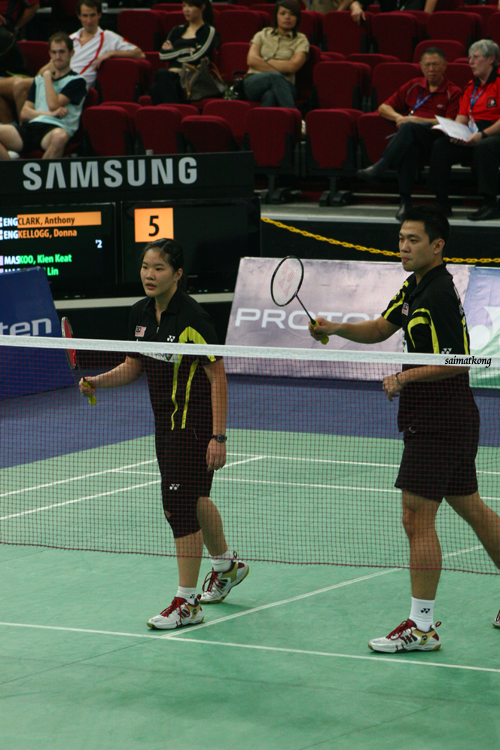 IT was a double disappointment for Malaysia yesterday when Koo Kien Keat-Tan Boon Heong and Chin Eei Hui-Wong Pei Tty painfully crashed out of the men and women’s doubles quarter-finals of the Malaysian Open.

Yesterday, Kien Keat-Boon Heong went down 13-21, 21-17, 19-21 to South Koreans Lee Yong-dae-Jung Jae-sung in what was the best match of the day as they kept the spectators on the edge of their seats with heart-stopping moments.

We did it: Jae-sung and Yong-dae celebrating after beating Kien Keat and Boon Heong in the quarter-finals at the Putra Stadium in Bukit Jalil Friday. The Korean pair won 21-13, 17-21, 21-19.

After a poor start in the first game, the Malaysians got into groove and forced a rubber with a confident display to win the second game.

The rubber game was the show stealer with both pairs trading blow for blow in a bid to outwit each other. At the end, it was the Koreans who prevailed.

Although disappointed, Boon Heong was satisfied with the way they played.

“It was a close call but we truly enjoyed ourselves out there today. In the end, luck was not on our side,” said Boon Heong.

Kien Keat said: “Today we played well, especially Boon Heong. If I was in a better condition, the results could be different. We will use the next one month to prepare for the All-England (March 3-9).”

After a superb first game win, Eei Hui-Pei Tty blew away probably their best chance to get the better of former Olympic and world champions Yang Wei-Zhang Jiewen of China in the women’s doubles.

They easily won the first game at 21-17 and were leading 17-14 in the second before squandering the lead to allow the Chinese to win 21-19. And it was downhill in the rubber as they succumbed at 11-21.

It was their eleventh defeat to the formidable Chinese pair but the most painful one.

Despite not taking part in any tournament since their defeat in the quarter-finals of the Beijing Olympic Games, Jiewen-Yang Wei, certainly showed that they were made of sterner stuff when they made a remarkable comeback to win yesterday’s match.

“This is probably the closest match that we had against them. It is so sad to lose after coming so close,” said Pei Tty.

“It was all all right for us in the first game and when we were leading in the second. We played patiently and opened up the game a lot and that gave us a lot of opportunities to attack.

“But we fell into their trap by playing too fast. It affected our tempo a little and we lost our focus,” she lamented.

Pei Tty admitted that they still behind the Chinese superstars in terms of standard.

“But we are bent on improving out play,” added Pei Tty.