I like bubble tea and recently there’s this bubble tea craze where there’s these two new bubble franchise blooming in Malaysia. Chatime vs Cong Cha!

I was wondering is this safe for us to drink as recently there’s a lot of news saying that a lot of products are not safe to be consumed as there contain some substance that will bring harm to ppl. So the question is, “Is Chatime & Gong Cha Safe to drink in Malaysia?”

PETALING JAYA: A Taiwanese product commonly used in bubble tea drinks sold in the Klang Valley has been confirmed by the Health Ministry to be contaminated with the carcinogen diethylhexyl phthalate (DEHP).

In a statement, Health Minister Datuk Seri Liow Tiong Lai said the product had been identified as the “Strawberry Syrup” manufactured by T & M Resources Corporation and imported by Elegant Solution Trading.

“The ministry has instructed the companies concerned to recall their products immediately while samples have been taken for analysis. All retailers have also been advised to halt sales of the food products with imme-diate effect.

“Customers who have bought the items are advised not to consume them,” Liow said.

Liow also said that another 15 food products from Taiwan had been tested and found to be free of contamination, including New Choice Pudding, Lychee Syrup, Honey Peach Syrup and Black Tea imported by Elegant Solution Trading.

I have checked with both outlet facebook and they declared that they are safe and passed the DEHP test. They are free from DEHP so those bubble tea lovers can continue to enjoy Chatime or Gong Cha! =) 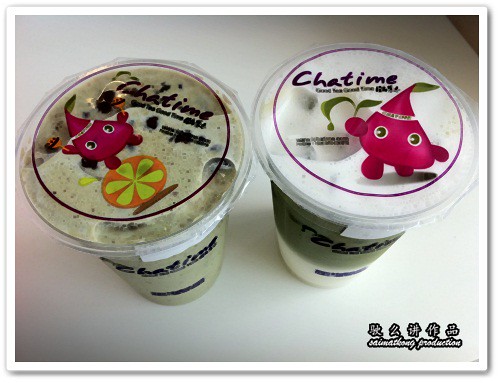 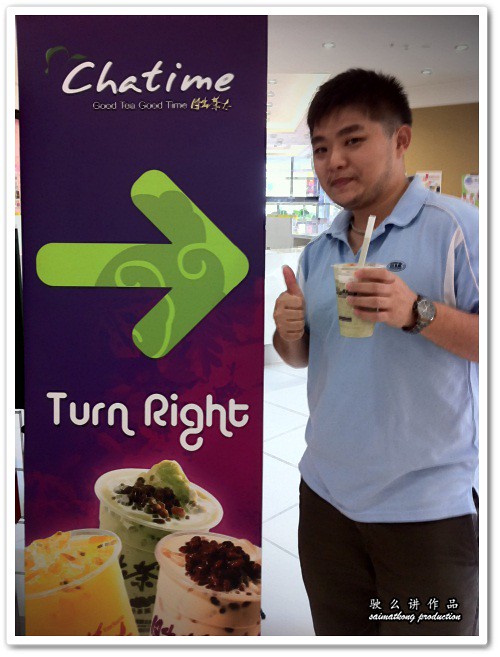 Gong Cha 貢茶 is a popular bubble tea chain that was established in Kaohsiung, Taiwan in 2006, and since 2009, has since swept Malaysia’s neighbouring countries – Singapore , Hong Kong, China, Macau and The Philippines. 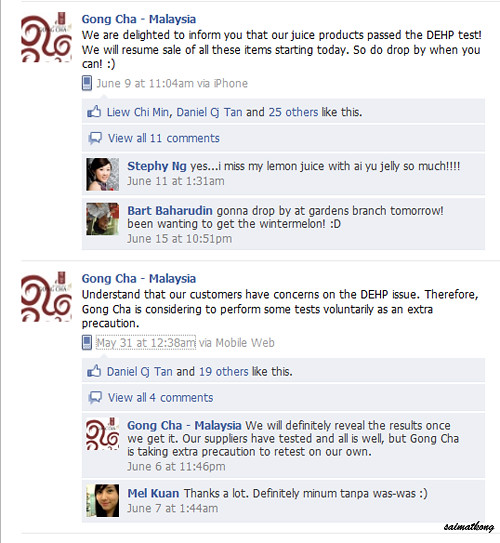 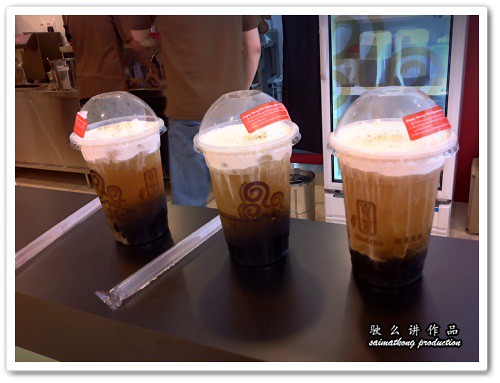 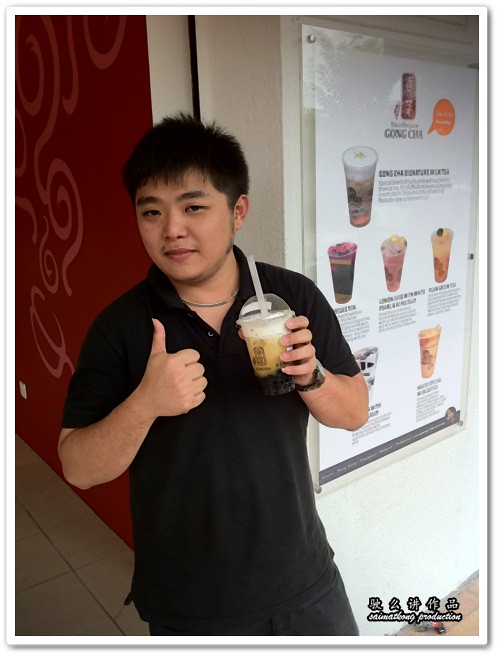 So people continue to enjoy your Bubble Tea from Chatime or Gong Cha!~