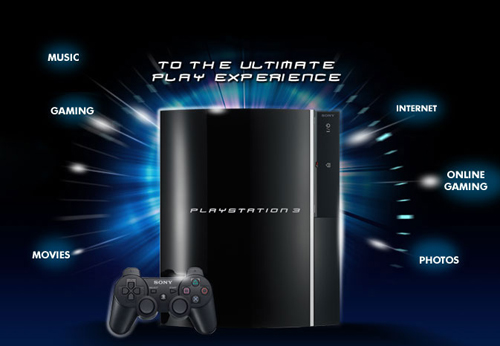 A major feature that distinguishes the PlayStation 3 from its predecessors is its unified online gaming service, the PlayStation Network, which contrasts with Sony’s former policy of relying on game developers for online play. Other major features of the console include its robust multimedia capabilities, connectivity with the PlayStation Portable, and its use of a high-definition optical disc format, Blu-ray Disc, as its primary storage medium. The PS3 was also the first Blu-ray 2.0-compliant Blu-ray player on the market.

The PlayStation 3 was first released on November 11, 2006 in Japan, November 17, 2006 in North America, and March 23, 2007 in Europe and Oceania. Two SKUs were available at launch: a basic model with a 20 GB hard drive (HDD), and a premium model with a 60 GB hard drive, and several additional features (the 20 GB model was not released in Europe or Oceania). Since then, several revisions have been made to the console’s available models and it has faced competition from the other seventh generation consoles. As of July 17, 2008, the PS3 is in third place in US home console sales for its generation. more details

Be prepared to enter the ultimate world of high definition gaming experience with PlayStation® 3 : The revolutionary game console with unparalleled multimedia features that incorparates the latest Blue-Ray technology to give you the most cutting edge entertainment experience like no other.

Don’t forget to join us as we bring you the ultimate gaming experience at the Official Launch of PlayStation® 3 at Ground Floor Highstreet New Wing on 20th September 2008.

See you there! Bring a camp and over night @ 1Utama tonight and you will be the 1st 120 buyers and you can get yourself some Sony Vouchers! =)