Caught in LDP Jam for hours because of Litrak introduced Contra / Kontra Flow on LDP today 4.30 – 8.30pm. I feel that it do harm more than good and most of the LDP users are not aware of the Contra flow despite of all the banners being hang all over LDP but there’s no news about it and seriously causing massive jam and the situation worsen by heavy rain. 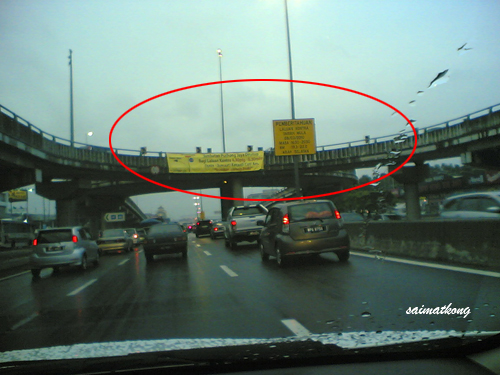 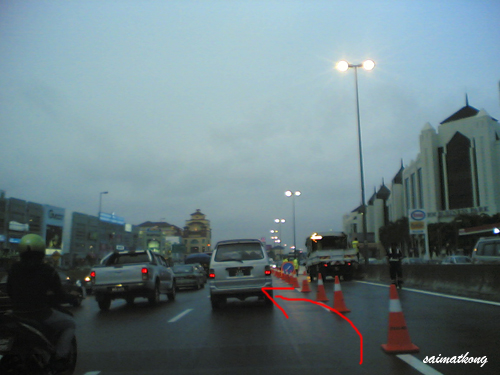 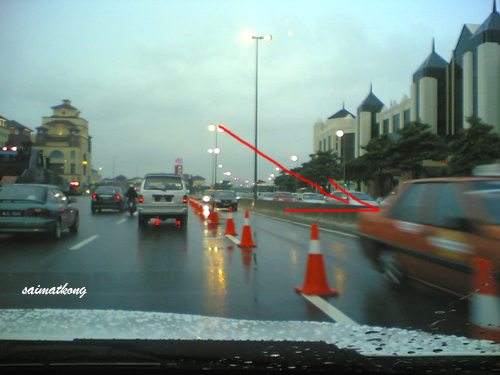 So one of the lane being taken by the opposite traffic which causing traffic from Cyberjaya towards Puchong a massive jam! 4 lanes become 3 lanes. 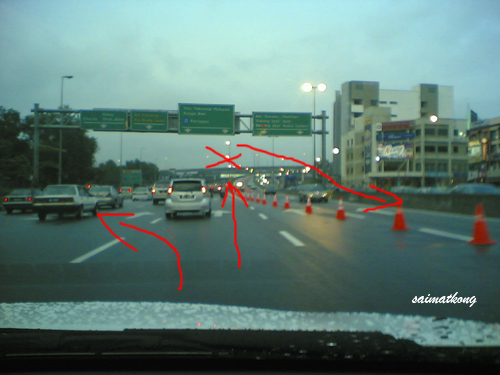 Worst part is the bridge which we normally use towards the Sunway toll being closed and have to turn left. 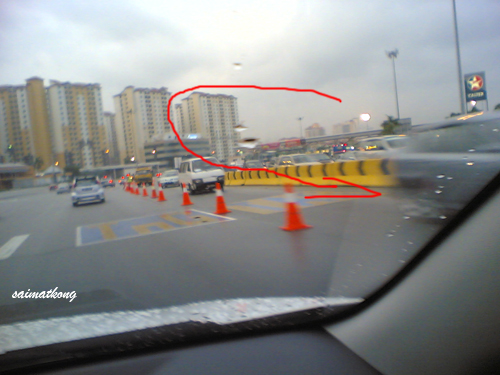 Traffic being divert from the Sunway toll… it’s causing both side massive traffic jam!

I’m not sure why they introduced this flow as it will caused more jam for me to go home! It will be on Contra Flow daily from Monday to Friday except Public Holiday… How how how?? Gonna be mad la… What’s the alternative to LDP? MEX? KL-PutraJaya Highway? ='(

LITRAK will be introducing yet another traffic management scheme on the South bound direction towards Putrajaya between the stretch right from the Petaling Jaya Selatan Toll Plaza and Bandar Puchong Jaya (KM 19.3 to KM 22) from next week. The main objective of this exercise is to improve traffic flow in Puchong.

The Contra-flow traffic scheme being introduced in collaboration with the Traffic Police, is not new to people in the Klang Valley but this will be the first time that LDP road users in Puchong will experience it.

The Contra-flow system starts right from the Petaling Jaya Selatan Toll Plaza towards Puchong. Highway users heading towards Puchong Perdana and Putrajaya will be required to enter the lane which is located on the extreme right of the toll plaza. The dedicated lane for the contra flow is meant for light vehicles only.

The Highway Ronda team will be stationed at strategic locations and users are advised to adhere to the signages erected along the stretch to guide roads users.

The Contra-flow, aimed at improving the traffic flow on the south bound direction towards Putrajaya will involve the complete closure of the fly-over in the opposite direction towards Sunway/Kesas at Puchong Jaya Interchange to make way for additional lane to Puchong Perdana / Putrajaya – bound traffic. Thus, highway users from Puchong towards Sunway/Kesas/Federal Highway are advised to keep to the most left lanes and use the slip road right after IOI Mall.

Speaking to reporters during the Press Conference to announce the contra-flow traffic, LITRAK Chief Executive Officer Sazally Saidi said the effort involves extensive preparation and dispensation of huge number of manpower on site.

“We have been studying this option for months now and theoretically the contra-flow should work based on the studies. We are certain that with additional lanes provided for the Puchong Perdana /Putrajaya bound traffic, the traffic flow in Puchong will improve,” he said.

He said as in any new traffic scheme, there could be minor hiccups as roads users will need a few days to get accustomed to the system.

“To a large extent, we will have to depend on the road users to be vigilant, adhere to signs posted and be at the correct lanes according to their destination for this system to work entirely,” he said.