Lee Chong Wei 李宗伟 still cannot beat Lin Dan 林丹 in yesterday match but I strongly believe that in the next meet or till next year Olympic Datuk Lee Chong Wei will surely beat Lin Dan! So far Lin Dan is still stronger than Chong Wei not in terms of skill but just that Datuk Lee fear of him mentally? Hmm…

Lee Chong Wei 李宗伟 lost to Lin Dan 林丹 in Badminton World Championships but it’s a close fight I must agree! Every badminton fans will surely enjoyed the game and the way the fight till the last point. 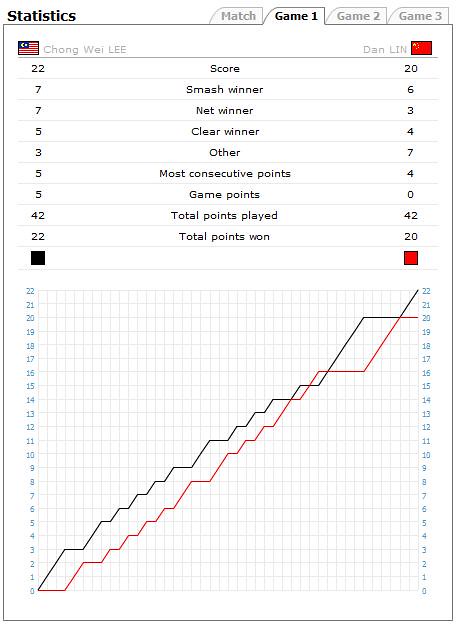 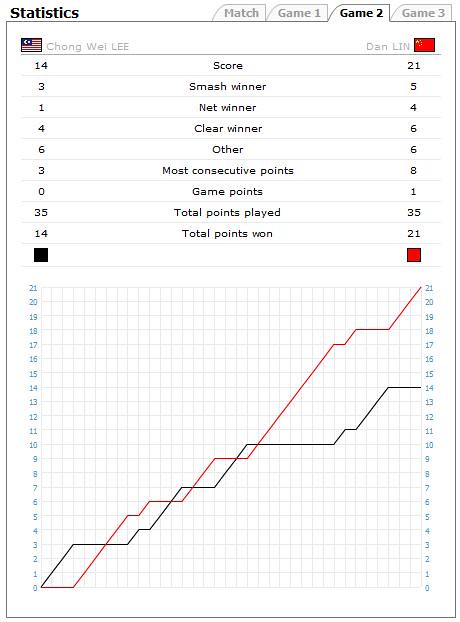 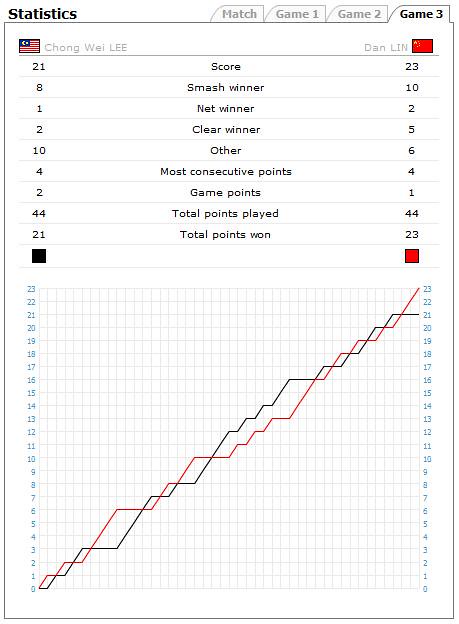 Datuk Lee, you can do it! I still want to see some stunning act from you and beat Lin Dan pls!

CHINA’s Lin Dan took of his shirt to reveal his rippling musles before running around the court in sheer joy.

After lying low throughout this week, he was in the mood for celebration – especially after beating world number one Lee Chong Wei 20-22, 21-14, 23-21 in remarkable fashion.

The sensational come-from-behind win – especially after trailing 12-16 and 18-20 in the decider – saw Lin Dan winning his fourth world title, a first by a player in the world series. It was his 17th win over Chong Wei over 24 matches since they first crossed swords in 2004. It was also Lin Dan’s second win over Chong Wei this year after the victory at the US$1.2 mil South Korea Open final in Seoul.

And when asked about his victory, Lin Dan said that he wanted to quickly end the game because he did not have much time to go sight-seeing in London and had wanted to buy gifts for his wife Xie Xingfang.

“The match was going too long and I wanted to just win it. Fortunately, I did not make as many mistakes as Chong Wei did towards the end,” said Lin Dan.

“This is my first visit to London and I have not had time to do some sight seeing. I want to buy clothes for my wife,” he said in a packed press conference, which drew laughter.

When asked about the way he celebrated the win yesterday, he said: “Yes, I was a bit emotional. Chong Wei played well and I have to work hard to get back into the game after the first game defeat.”

“I am glad that we (Chong Wei and I) were able to give the fans a great badminton show. I saw a lot of quality matches from men’s singles players in this world meet.

“I am a badminton ambassador and it is my responsibility to maintain the interest of the the badminton fans,” said the 28-year-old Lin Dan. When asked about his Olympic Games preparation, he said: “This win here has put me in the right track for my Olympic Games preparations for next year at the same venue. I am happy and pleased with everything that has taken place here,” he added.

IT was a magical moment at the Wembley Arena yesterday but it did not belong to Malaysia’s Lee Chong Wei.

Yesterday, China’s superstar Lin Dan shattered Chong Wei’s dream of becoming Malaysia’s first world champion when he came from behind twice in the decider to troop home with a sensational 20-22, 21-14, 23-21 win in an adrenaline-pumping, one-hour-and-22 minute men’s singles final.

The 29-year-old Chong Wei had held the upper hand at 16-12 and 20-18 in the decider in the dream final of the World Championships between the two greatest men’s singles players but luck deserted him at the crucial state.

And to add misery to his agonising defeat, Chong Wei, who put up a sombre face during the victory ceremony, rushed out with cramps on both his legs and was lying in a corner with tears in his eyes.

It was truly a sad end for Chong Wei, who had been so convincing and confident in his play throughout the week, sparking a great hope for Malaysia to produce a first winner since the tournament’s inception in 1977.

Dejected: Lee Chong Wei making a call back stage after his loss to Lin Dan in the final.

On Saturday, he had reached his first final in his sixth attempt in the world meet to become only the second Malaysian after Wong Choong Hann to do so.

After a good rub-down, Chong Wei said that he was disappointed with the outcome but vowed to move forward – with his focus on next year’s Olympic Games.

“I had two chances to end the game but it did not happen for me … Lin Dan took a great gamble at the crucial stage and I was quite unlucky,” said Chong Wei.

“I gave my all. This is my best and closest match against Lin Dan. It hurts to lose by two points in this manner.

“I may have lost to him but I showed that nothing much separates us. I made some mistakes today but I will be ready for him the next time.

“I am still happy with my achievement of reaching my first final here. It has been a good season. I have reached every final since the start of this year.

“I will shift my attention to the Olympic Games. It is 11 months away and I want to better prepared.

And he gave the Malaysian fans some good news: “I may have lost the opportunity to become the country’s first champion but I am coming back. I will be back in 2013 to get it right,” added Chong Wei, who left for home yesterday.

Then, the real battle began with Chong Wei and Lin Dan trying to outfox each other with their blistering pace, punishing smashes, unbelievable netplays and incredible retrieves.

The Malaysian stayed ahead to take a 20-18 lead but Lin Dan was always dangerously snapping at his heels. Lin Dan’s brilliance at the net saw him levelling at 20-20 but a quick recovery saw the Malaysian taking the first game at 22-20.

The second game went on in the same fashion but this time, Lin Dan dictated the pace until 11-9. A brief nervy spell by a slower Chong Wei saw Lin Dan taking a 17-10 lead and eventually forcing a rubber game with a 21-14 win.

Both came back recharged and determined to outdo each other and what a fight it was.

The decider was a thriller with both displaying class and quality but it was Lin Dan who had a better finish to nick his fourth world title to emerge as the world’s greatest player.