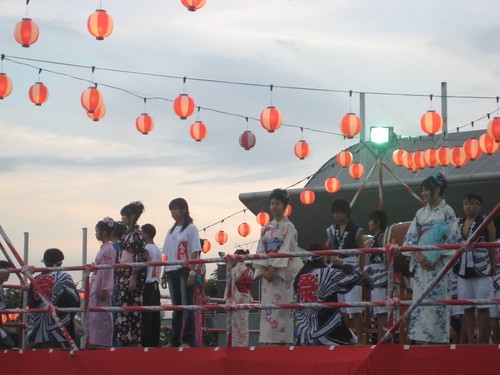 ● Strictly no smoking except for designated areas.
● No high-heels allowed in the dancing field.
● No wearing stuff like Goth lolita and any stuff that are considered not polite you would not want people to insult your ancestors would you.
● NO COSPLAYING. Respect the Japanese culture and tradition please.

In Malaysia, Bon Odori Festivals are also celebrated every year in Penang and at the Matsushita Corp Stadium in Shah Alam, Selangor. This celebration, which is a major attraction for the state of Selangor, is the brain child of the Japanese Expatriate & Immigrant’s Society in Malaysia. In comparison to the celebrations in Japan, the festival is celebrated on a much smaller scale in Penang and Selangor, and is less associated with Buddhism and more with Japanese culture. Held mainly to expose locals to a part of Japanese culture, the festival provides the experience of a variety of Japanese food & drinks, art and dance.