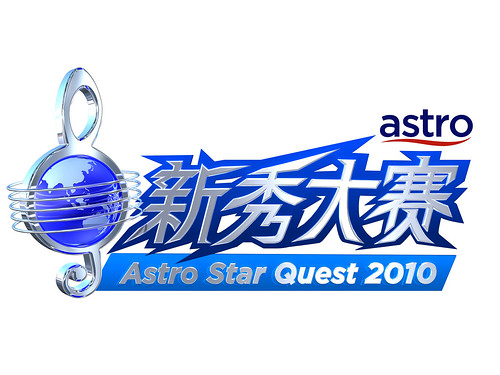 If you think you are as good as the Astro Star Quest contestants you watch on television each week, now is the chance for you to prove it. The much anticipated star-making programme, Astro Star Quest returns in its 14th year with a call for an audition at Federal Hotel, Kuala Lumpur on March 20 – 21, 2010 from 9am-3pm.

Open to all Malaysian aged between 18 to 26 years old and able to converse in Mandarin and Cantonese, this year’s one and only audition will be judged by renowned music industry personalities namely 李伟菘 Lee Wei Shiong from Singapore and Malaysian music producer Alex San. Shortlisted contestants from the first round audition will compete in the second round audition, where fifteen of them will be picked for the preliminary rounds.

“It has always been our focus at Astro to produce quality local programmes that can enrich the lives of our viewers as well as contribute to the development of the local entertainment industry. We would have missed out great Malaysian talents such as Nicholas Teo and Gary Cao had they not participated in the programme and we are proud to say that Astro Star Quest has provided these talents a springboard to launch their singing and acting career beyond Malaysia,” said Choo Chi Han, Head of Chinese Language Business.

“Our programming strength lies in the fact that we don’t just discover talents but also continuously develop and nurture the talents by providing different opportunities and platforms for them to hone their skills and talents. This is in line with our Astro Ben Di Quan’s (Local Belt) commitment to develop the Malaysian entertainment industry with a sustainable pool of multi-talented Malaysians,” added Choo.

Apart from a ticket to fame, Astro Star Quest 2010 offers fabulous prizes to the finalists. The top 3 winners will represent Malaysia at the annual International Chinese New Talent Singing Competition, set in Hong Kong , to compete against other talented performers from around the world in pursue of international fame.

Astro Star Quest 2010 is produced by Astro Ben Di Quan (Local Belt) and supported by MY FM. The show is scheduled to air over Astro Wah Lai Toi (Channel 311) from May 9 onwards.

For more information on Astro Star Quest 2010, visit www.astro.com.my/asq and join Facebook group at www.facebook.com/astrostarquest. Stay tuned to Astro and MY FM.

Note:
– Contestants are required to fill in the application form (downloaded from the official www.astro.com.my/asq), and bring along the original and a photocopy of their Identity Card plus a full-length and a half length 4R recent photos of themselves
– Contestants have to perform a song with no instrumental accompaniment
– Selected contestants will enter the second round audition

Astro Star Quest 2010 is open to all Malaysians who meet the following requirements:
1. The Contestant must be Malaysian and able to converse in Mandarin and Cantonese;

3. The Contestant must sing from a selection of Chinese/Mandarin pop songs;

See you there and all the best! =)