Are you confidence in yourself? I know that a lot of us, including myself, do have the talents / skills and knowledge but just do not dare to take the next steps that might the stopper to your own success. If we do not take the next steps or overcome our lack of confident, we will be stagnant and will be living in dark forever.

That happened to me few years back where I’m really lack of confident in everything that I do. I will keep asking myself, am I doing the right thing? Will I be success in what I’m doing right now and what if I made the wrong choice and end up in a failure? We tend to care a lot on what other people comment or think of what we do will be the right choice or not, that might be another stopper if your friends or family do not support in what you are planning to do or currently doing.

It took me a long time not to judge myself through someone else eyes. I have actually come out with a tagline for myself to follow and it will be always my guide and now it’s my principle.

– It means, if we have the talents or skills, we must show and prove it, but not keeping it to ourselves. If we have a dream or target, we have to work hard to achieve it!

With that, Proton Edar recently launched the all-new campaign for the Persona called “Persona – Better, Undoubtedly” or “Sememangnya Lebih Sempurna”. This five month will introduces two new Persona Ambassadors, DJ Lin from Suria FM and Aanantha from THR Raaga, who will join the current Persona Ambassador Jack Lim 林德荣 from MY FM (aka Ah Beng) that will engage Malaysians on distinct platform with the theme “inspiring confidence”.

The ‘Better, Undoubtedly’ Campaign sees the three Persona ambassadors take on a new role as mentors, sharing their life lessons to guide people from various backgrounds to face their own challenges. Each of the ambassadors will champion their own programmes which have been developed based on their life experiences.

During the campaign’s course, these three ambassadors who were chosen based on their life experiences, will take on roles as mentors, sharing their life lessons to guide people from various backgrounds to face their own challenges. It’s truly 1Malaysia concept as you can see from the chosen Proton Persona Ambassadors. Each ambassador will have his or her own programme developed based on their respective experiences. 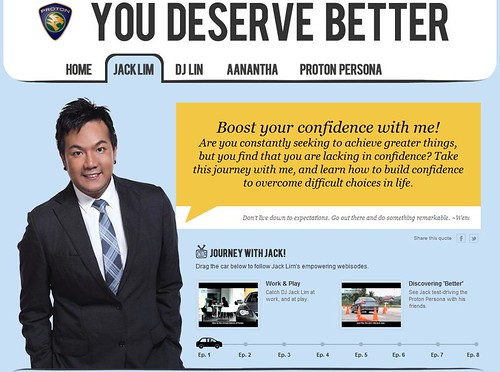 Jack Lim 林德荣, is one of the tough person and he will never give up easily. He has had a difficult beginning before he become a successful radio host and actor, but his determination and ‘never give up’ attitude allowed him to overcome his initial failed attempts to achieve his dreams which he will never achieve if he did no persist.

“Jack Lim : Confidence comes from your preparation for the work. If you want to have more confidence in doing something you have to put effort preparing for it.”

Do you want to boost up your confident level and achieve what you are able to achieve? Jack Lim will attempt a personal challenge and invite others to also take own the challenges that they have always wanted to pursue but were too frightened or lacked the motivation in the ‘Better, Undoubtedly’ Campaign. He will be selecting three candidates and mentoring them through their challenge.

On Thursday, 12 May, Jack will be attempting a personal challenge to drive from Bukit Kayu Hitam to Johor Bharu, taking inspiration from his father who was a salesman who travelled all over the country, doing everything he could to support the needs of his family.

Once his father even drove non-stop from Thailand to Singapore for work. As a young boy, Jack used to follow his father on some of his journeys, and he was inspired by his father’s determination and perseverance.

During this challenge Jack will be making stops at Butterworth, Ipoh, KL and Johor Bharu. So tune in to MYFM for more details to meet him and be part of his charity challenge. 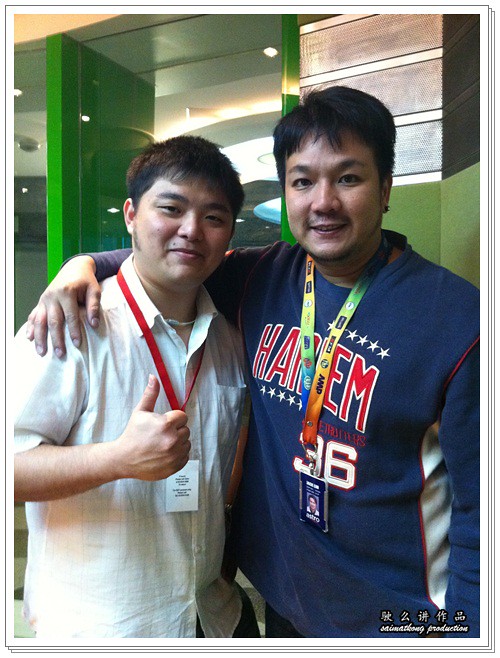 Are you constantly seeking to achieve greater things, but you find that you are lacking in confidence? Boost your confidence with Jack Lim! So fear not and be a confident person and go for the next steps in your life! Together we could do better.

Some of the older clips that taken by Jack Lim.

Besides being competitively priced, quality vehicle that gives drivers more confidence behind the wheel of their car, Proton Persona also contributes to the drivers’ lifestyle needs. Do check out Proton Persona Today!