It’s like what I tell ppl… the new Perodua Alza MPV is just like longer version of MyVi “MyVi 拉长版“. Haha… So what’s your view on Produa Alza vs Proton Exora? Look similar to Proton Exora but price wise Perodua Alza is cheaper than Proton Exora. Personally I think this model will bring Perodua to another level after Myvi and this is in the MPV category. Good job Perodua!

So which do you think ppl will buy? I think cheaper version will be more popular among Malaysian agree with me? haha. I’m sure this will beat Toyota Avanza also since it’s using Toyota engine and 1.5 leh! Right?

Toyota Vios engine? Two more advanced versions that will have a complete bodykit, GPS with reverse camera, tinted windows and leather seats will go on sale from March next year. 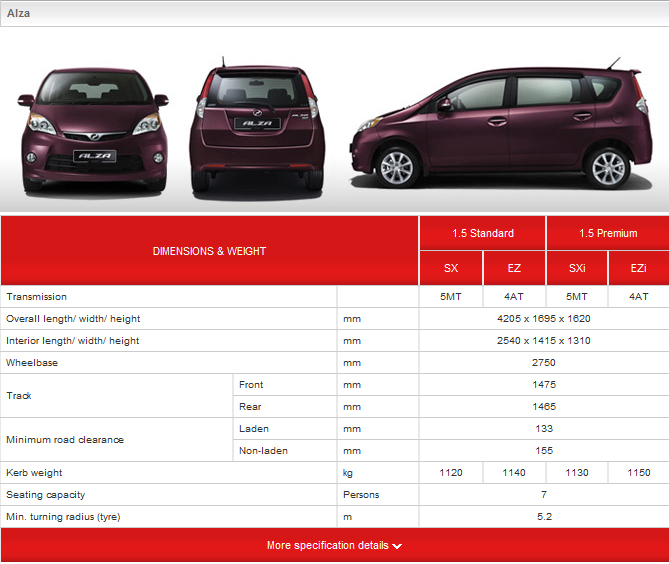 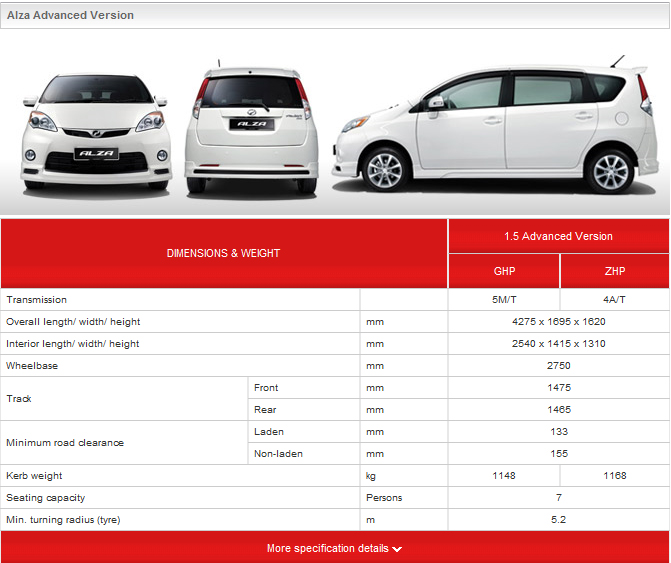 Click for details specs (The official Perodua website a bit jam up coz of this Perodua MPV Alza Launched today.) Get the full Perodua Alza brochurehere

Alza, which means “to rise” in Spanish, rose to the occasion when it was launched with the tagline “Versatile As You” at a ceremony that saw about 900 industry players, Perodua staff, local and foreign journalists and car enthusiasts.

It has already seen 3,500 bookings in ten days.

It was learnt that waiting periods for delivery to buyers of the Alza could be as short as ten days or within three months.

Its audio system accommodates CD, MP3 and WMA formats with a USB portand Bluetooth connectivity thrown in for the premium versions.

The premium versions also feature for the first time in Peroduavehicles switches for the audio system such as volume control andradio channel dial.

He added that the Alza was all about giving passengers the space they needed with the handling that feels like one is driving a car.

“It’s all about how you use space. All about being versatile and stylish and keeping it affordable to own and maintain.

“With the introduction of the Alza, Perodua aims to maintain its pole position in 2010 in terms of sales with a target of 176,000, the highest ever for Perodua,” he told reporters before the launch.

Regarded as the “most Malaysian” Perodua to date, Perodua chairman TanSri Asmat Kamaludin said the MPV was developed with nearly 90 percent locally made components.

It was developed over two years by Perodua with about RM300mil in investment.

“Overall, we have 100 vendors on the Alza project, of which 94 are local companies,” Asmat said.