Last Saturday a few of the bloggers had awesome driving experience in DUAL VVT-i – Toyota Corolla Altis and we were divided into two teams (Red and Black Team) racing against one another to complete few of the tasks assigned. 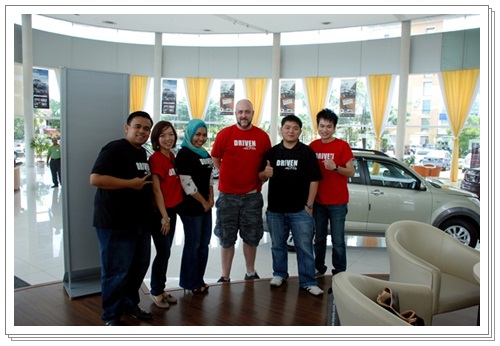 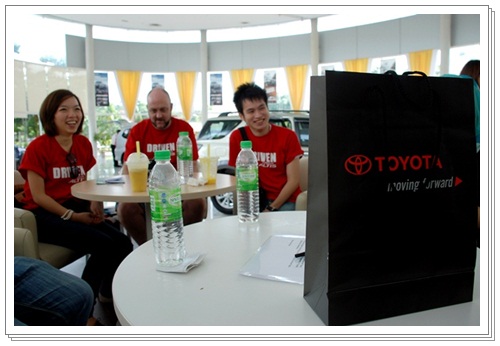 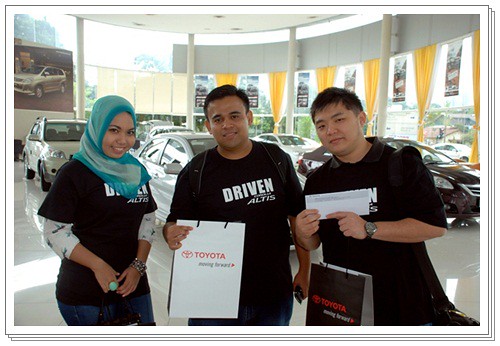 Black Team : Schazwany Hameed + Mohd Zaid + ME of coz! 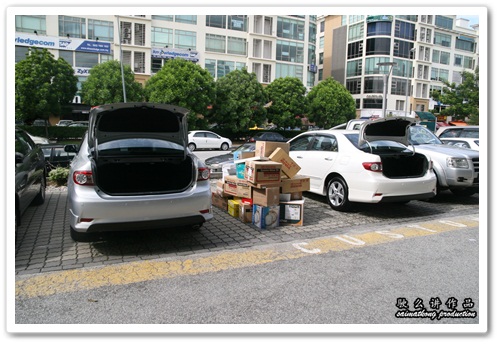 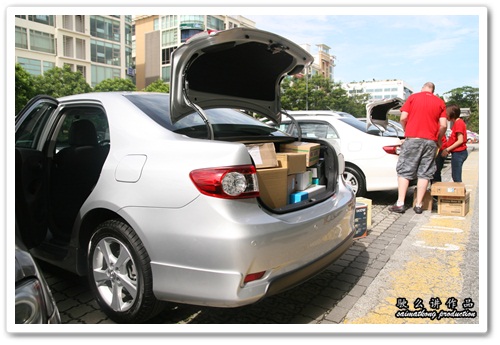 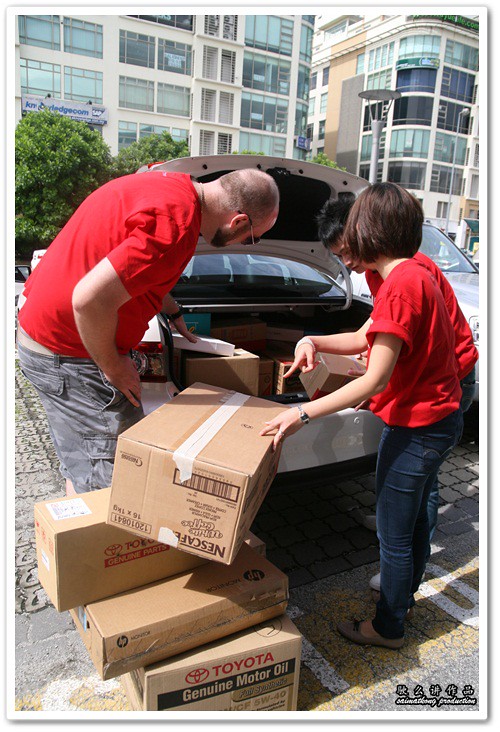 1st task of the day was to arrang as many boxes as possible without dent / spoil the boxes. There were different points awarded for different sizes of the box. The bigger boxes were 5 points, middle boxes were 2 points and the smallest boxes were 1 point each. 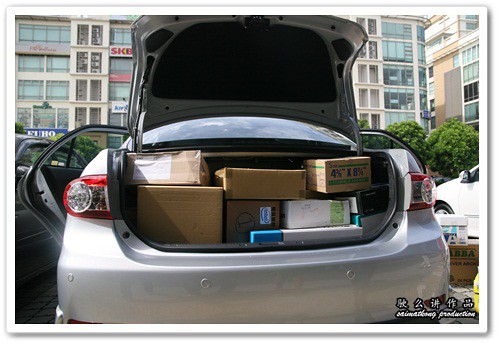 We grab all the right size of the boxes and arranged it in a way that it would carry more boxes without wasting space on the boot. We have got 39 points for this task and we scored a little more than the Red Team. 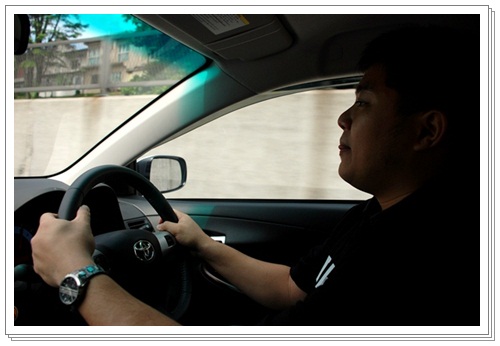 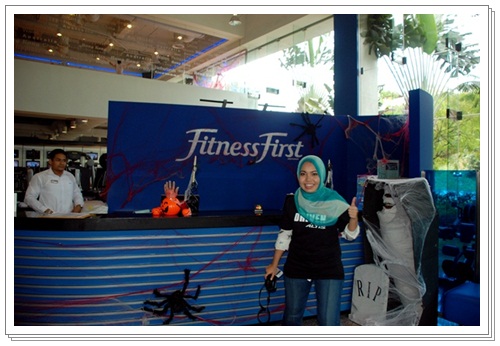 2nd task : Clue would be Wisma Manulife in Damasara Heights and we need to take picture in a place where people cycling around but going nowhere and attend classes that do not required pen and books.

Yup, it was easy. We figured out it was FitnessFirst and we zoom there and get the task completed, but before completing this 1st task, we pass by Victoria Station which supposed to be the task after this, we decided to skip the 2nd task and get the 3rd task completed before heading back to the Wisma Manulife. Smart? 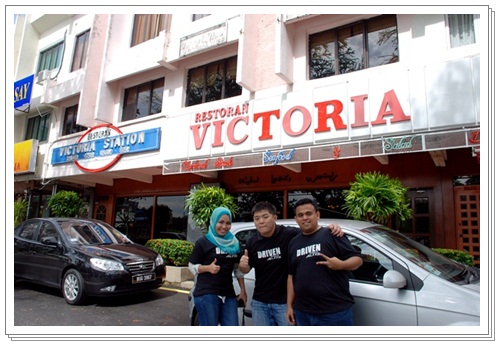 3rd task : If Beckham were to open a steak house that name after his wife what would it be?

Yup, we figure that out too, it’s Victoria Station! 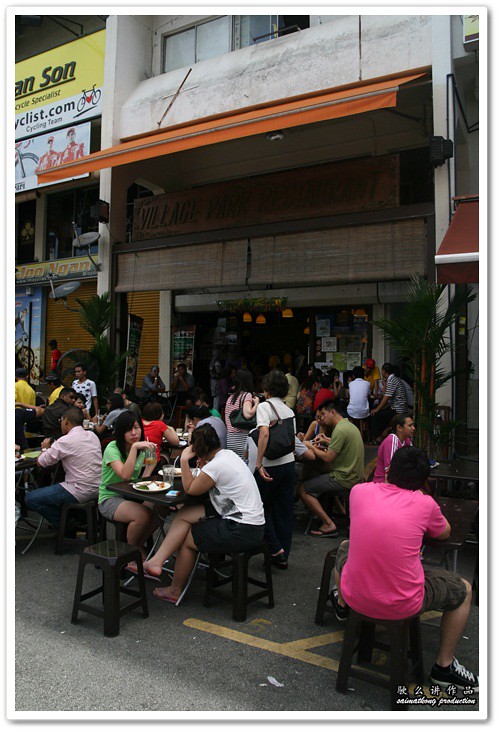 4th task : A village in Damansara with good food? Oh yeah we figured out where is that and it’s the famous “Village Park”!

We get ourselves too happy and miss out some of the important instruction. We actually need to spend our lunch there as close as RM50 but what we did is spending below RM30. This made us lose out on this task and was not awarded any point for this.

On top of that we packed our food instead of eating in the Damansara Village Park because it was really pack with people and by doing that it save us some time to continue to hunt or complete the next task. 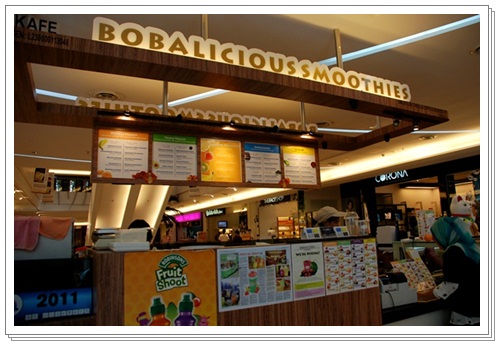 5th task : We need to go to a mall which named after our Tropical weather along sprint highway and get smoothies for each of us from a shop which the name derived from Bubble. We got the mall right which is “Tropicana City Mall”.

At 1st we were mislead by the word bubble and going around searching for Bubble tea which we found “Each a Cup” but I insist that’s not the actual shop that we were supposed to get our drink and after a smart move by googling “Tropicana City Mall Smoothies” and they are plenty of search results showing “BOBALICIOUS SMOOTHIES”! That’s how we figured out! 🙂 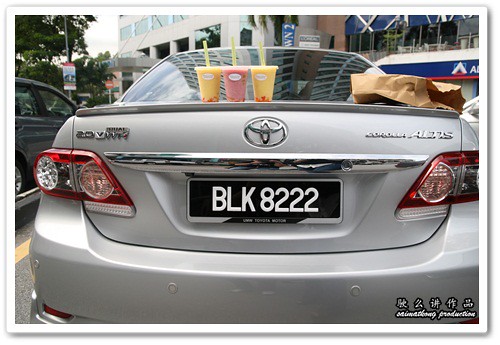 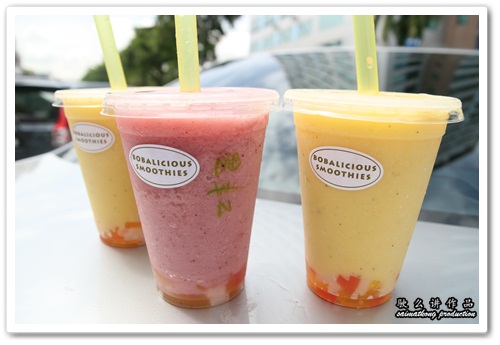 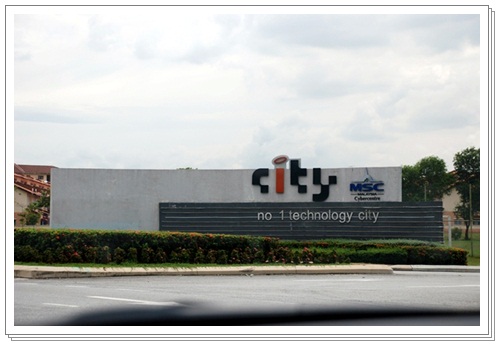 6th task (Final Task) : We need to find out where’s the City of Light and a place which related to “ICE”. 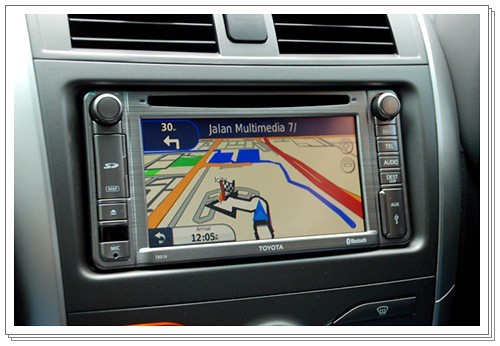 With the Toyota Corolla Altis built-in DVD-Audio Video Navigation system we just key in the co-ordinate as the guide on the task, we manage to find “i-City” using the shortest road easily without need to look at all the signboard and without having a hard time to search here and there. It’s really helpful as both my team mates haven’t been to i-City and I only been to few times and not really sure of the way, but with the GPS we couldn’t go wrong! 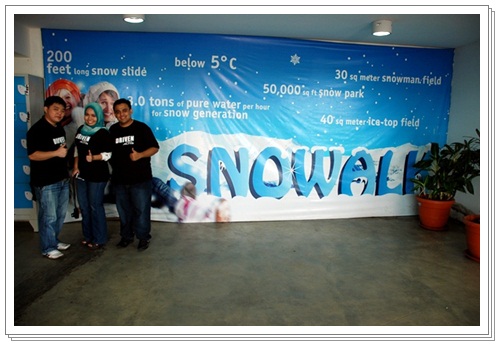 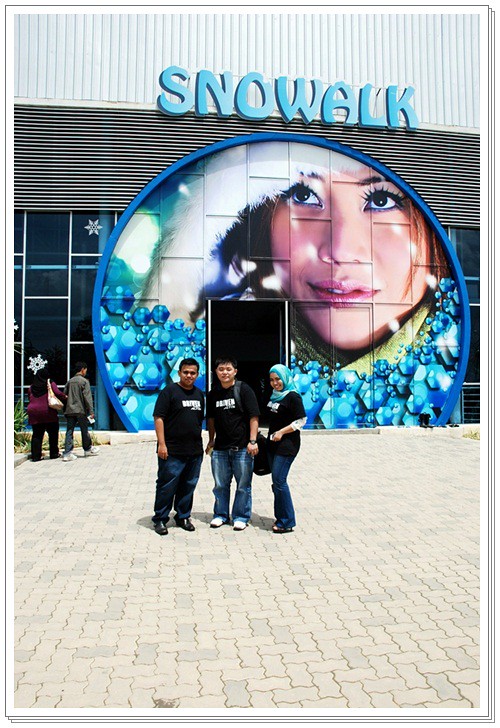 We headed to “i-City” in Shah Alam and found “Snowalk”. There we have completed all of the assigned tasked and it’s 12pm+ way earlier then the assigned time which is 4pm, all and all it’s really a tiring day but yet it’s really a good time with Toyota Corolla Altis which equipped with so many good features. 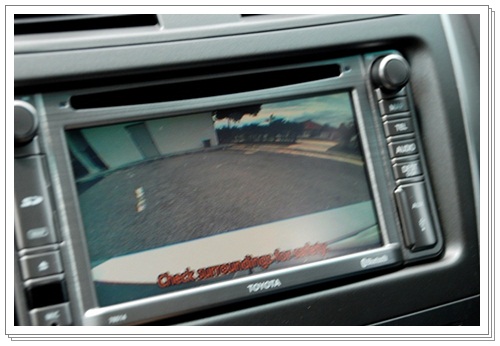 Another useful feature of the Toyota Corolla Altis is the Reverse Camera! It’s good to guide me and on a look out if there’s any obstruction at the back when I’m reversing. 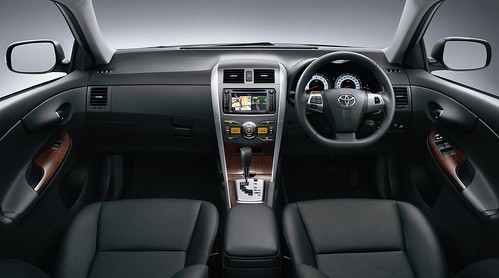 I just love the Toyota Corolla Altis New Dark Interior Colour, it make it looks more exclusive and will not be dirty easily. It makes Altis interior feels luxurious the moment you step in. Although it isn’t greatly changed from the old model, the little differences make a positive difference.

Bonus Question : What’s the link between all these location and it will add Vroom to Toyota Corolla Altis?

Do you know the answer?

We got it right! The answer for the bonus question is “Dual VVT-i”! Why? Connect all the initial of the location that we complete the task!
Damansara Heights > Victoria Station > Village Park > Tropicana City Mall > i-City

We got the most points thanks to shazwanihamid because of her followers! We got extra points and win! 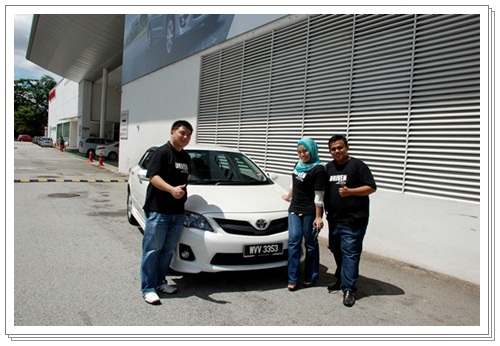 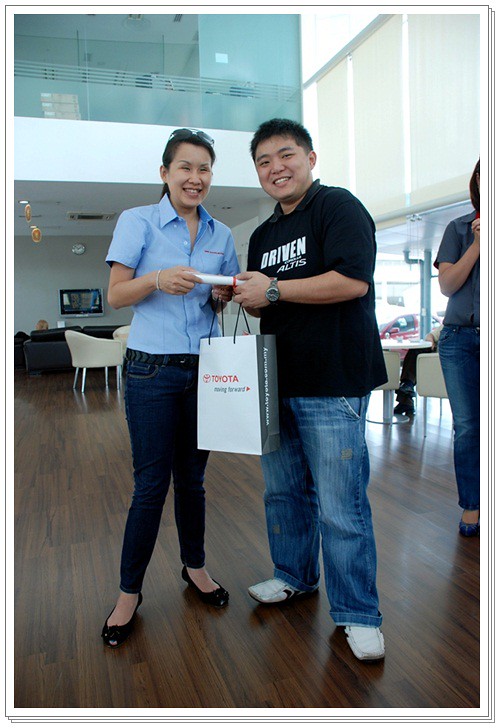 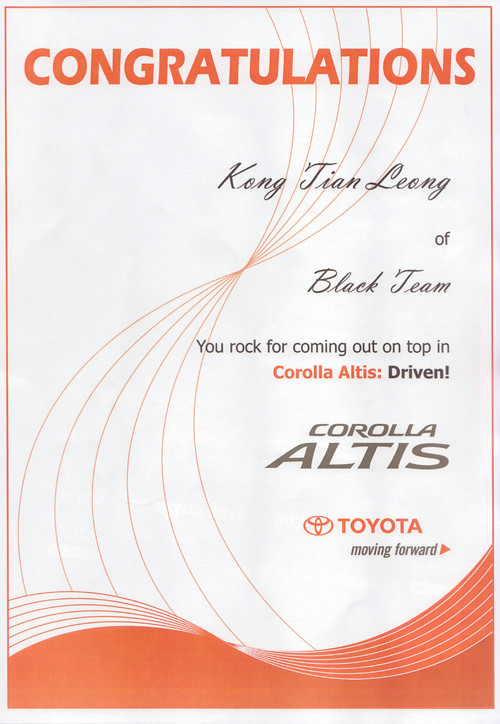 This is the wining team! Black Team! I have been the driver all the time and I can feel the power of Dual VVT-i engine, I just tap a bit of the throttle and the power amazes me! (better to feature 7 Speed super CVT-i as TRC is more of a safety feature for emergency situations only).

Find out more about the new Toyota Corolla Altis and I’m sure you will be amaze by the power and the features!

*some pictures are taken by the team members.