Woohoo! I’m so excited and I believe there’s more people out there more excited than me on this new Samsung Galaxy SIII (S3). It’s the ultimate “smart” phone that knows what you need even before you do! 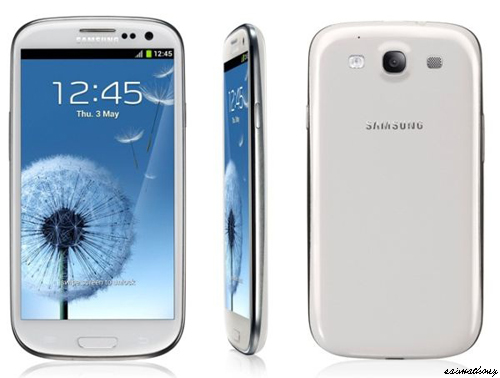 The Samsung Galaxy S III comes with a 1.4GHz quad core Exynos 4 processor, 1GB of RAM and 4.8″ HD Super AMOLED display. It has a 8MP camera what’s capable of shooting 20 photos in burst mode and able to record HD videos at 1080p.

So people came as early as 6am just trying to be the 1st to own a Samsung Galaxy SIII.

This is the reason why so many people came in BLUE! That’s because they get to spin the lucky wheel and you able to grab the new Samsung Galaxy SIII as low as RM888! That’s awesome deal!

Spin the wheel and you able to get this exclusive offer if you come to visit the Samsung Galaxy SIII promotion by Celcom in Mid Valley.

If you come dressed in BLUE, you will get to spin the wheel for a chance to grab the Samsung GALAXY S III at a crazy low price of RM888 and walk away with other freebies!

Come on over to one of the location below that near you to enjoy unbelievable deals!
1) South Court Mid Valley Megamall KL
2) North Court, AEON Station 18 Ipoh
3) Sutera Mall Johor Bahru

There will be loads of action going on so you certainly don’t want to miss it. Remember to come dressed in BLUE for the Samsung Galaxy S III advantage!